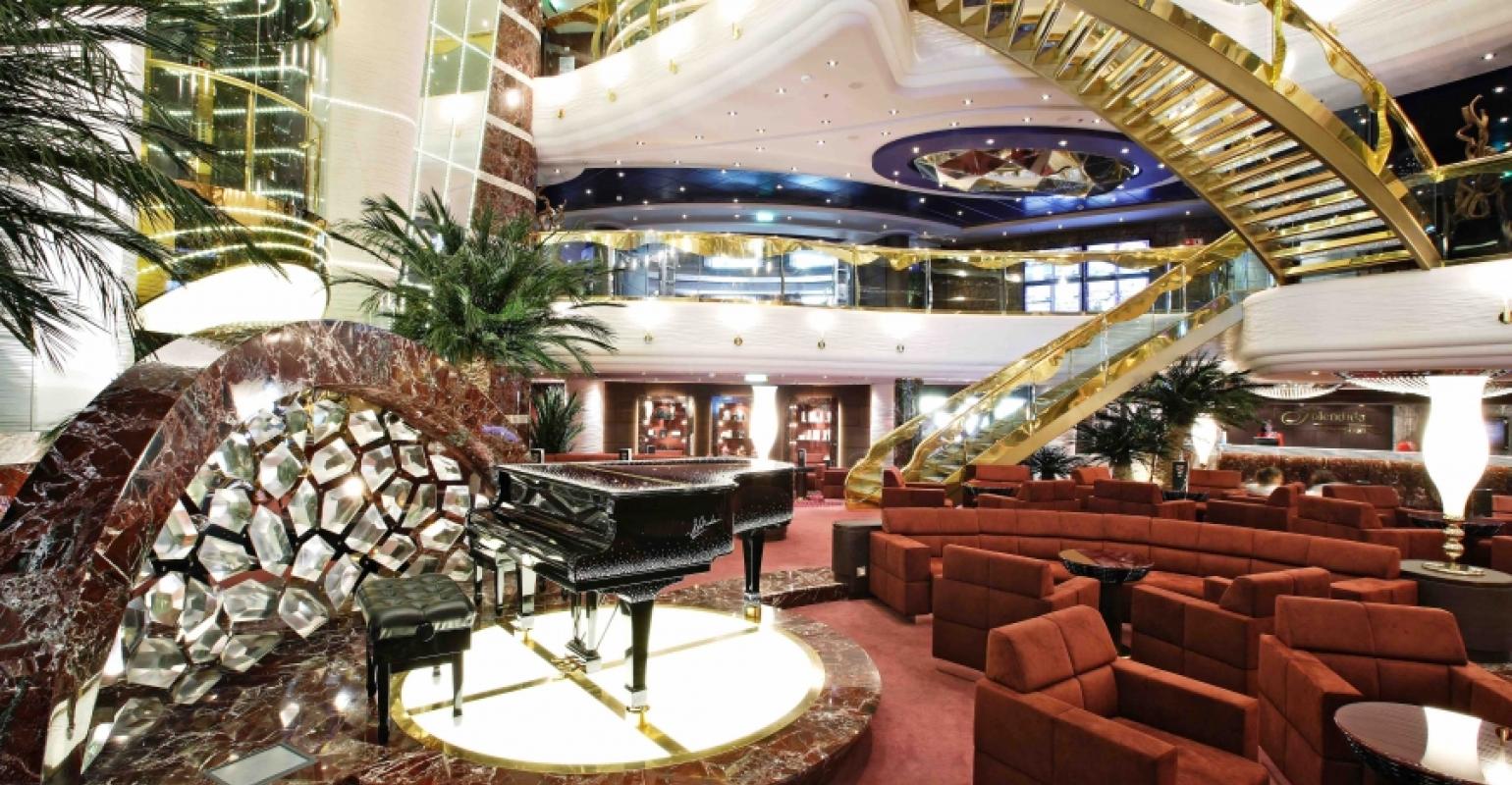 MSC Splendida - already popular with Chinese and other Asians who cruise the Mediterranean (Photo: MSC Cruises)

MSC Cruises ups its game in China with MSC Splendida

In a substantial boost to its China capacity, MSC Cruises is going to deploy one of its biggest ships there in May 2018. MSC Splendida joins the smaller MSC Lirica, adding the MSC Yacht Club concept and butler service to its China offerings.

The 2009-built MSC Splendida, at 137,936gt, will become one of the largest ships operating in the region. The vessel can carry up to 4,363 passengers in 1,637 staterooms. Some 76% of accommodations have balconies.

MSC Splendida will join MSC Lirica, which has been serving—to great success, MSC Cruises said—the Chinese market since May. The ship recently moved to Tianjin to capture the North China market during the winter season.

Announcing the news in Beijing on Wednesday, MSC Cruises ceo Gianni Onorato said the ship has been one of the most popular in the fleet with Chinese and other Asian passengers cruising the Mediterranean with MSC.

MSC Splendida will undergo significant drydock enhancement in late 2017, ahead of the China deployment, to further improve and customize it for the market.

The move would appear to be a direct competitive response to Dream Cruises' new Genting Dream, which also offers a luxury ship-within-a ship concept, Dream Mansion, served by butlers. That vessel is scheduled to be delivered next month. It will operate from Guangzhou (Nansha) in southern China.

MSC Splendida's itinerary details are to come, but MSC Cruises said the ship will visit destinations in China, Japan and Korea.

The news closely follows the opening of MSC Cruises' Shanghai office with its new management and operations team.