MSC gets 'immersive' with virtual brochure in 2017/18 program rollout 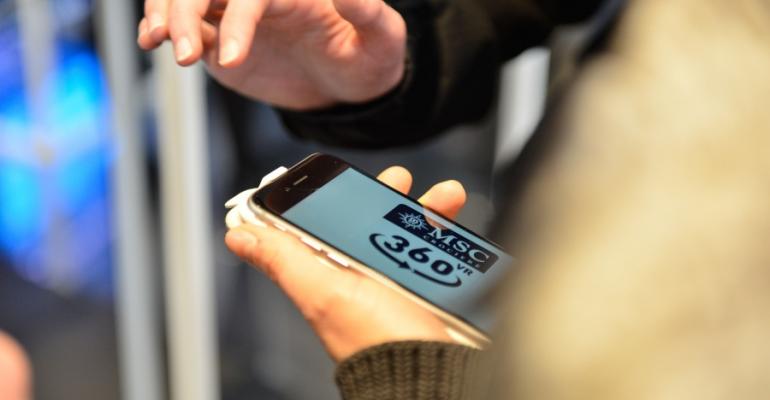 An expanded fleet, new itineraries and experiences presented in both print and virtual brochures are the key elements of MSC Cruises' 2017/18 offering, revealed in Milan on Wednesday.

Apart from boosting its South America capacity to four ships, there were few deployment surprises since MSC had already disclosed many of the plans for Cuba, Miami and beyond.

Still, the program underscored MSC's impressive growth. It covers 14 ships, including 2017's new MSC Meraviglia in the Mediterranean and MSC Seaside in the Caribbean. With the greater capacity, MSC Cruises expects to carry 1.85m passengers next year.

Announcing the new brochure in Milan, Leonardo Massa, MSC Cruises' country manager for Italy, pointed to an offer increasingly tailor-made to meet the needs of the different potential customers the line is targeting. These entail food, design, entertainment and wellness, in cooperation with partners from Cirque de Soleil to Technogym, from Eataly to Chicco and Lego. The line also will introduce its first private island destination, Ocean Cay MSC Marine Reserve in the Bahamas.

The new catalogue is 'immersive' thanks to to a virtual edition available via a new app, MSC 360 VR, or accessed via a QR code on the print version. There is also a new pricing system.

MSC Divina will be deployed year-round from Miami, joined by MSC Seaside from December 2017 to May 2018. The line is also doubling up in Cuba by positioning both MSC Armonia and MSC Opera from December 2016 to April 2018.

In the Middle East, Fantasia-class ship MSC Splendida will sail from Dubai and Abu Dhabi starting December 2017 offering two weekly itineraries: one featuring the UAE and Oman and the other Bahrain and Qatar.

Ten ships will sail in the Mediterranean in summer and two in the winter season offering the core seven-night cruises, as well as mini-cruises and longer sailings. MSC Meraviglia will operate from June to November 2017 out of Genoa on weeklong cruises calling Naples, Messina, Valletta, Barcelona and Marseille. Between November and April the ship will stay in the Mediterranean with seven-night cruises from Genoa to Civitavecchia, Palermo, Tunisia, Barcelona and Marseille.

MSC 'Grand Voyages' offer longer positioning cruises from North Europe to the Caribbean and from the UAE to South America or South Africa.