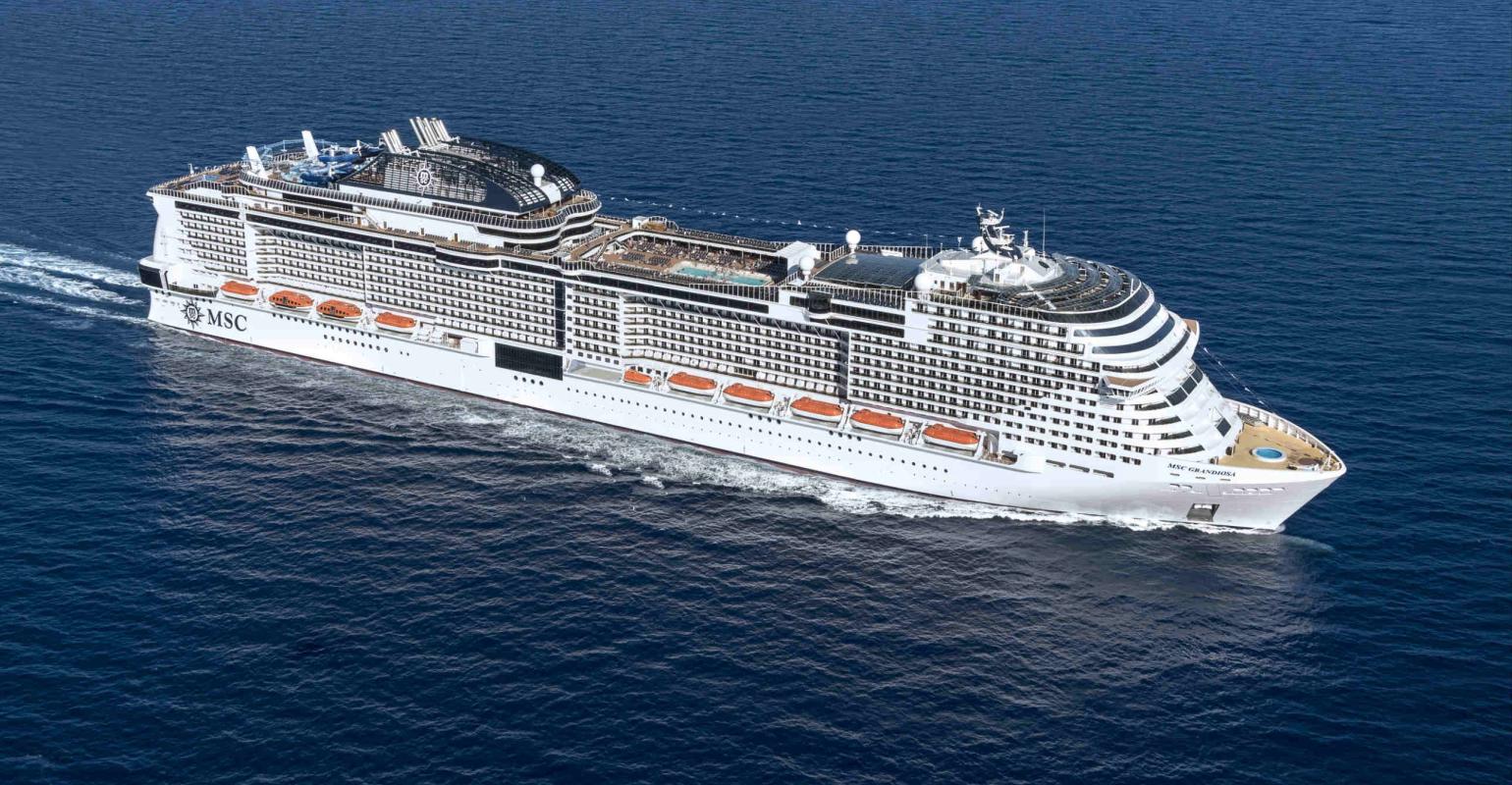 MSC Grandiosa to debut in November 2019
MSC Cruises and Chantiers de l’Atlantique celebrated the float out of MSC Grandiosa in Saint-Nazaire. The 181,000gt ship has now been moved to a wet dock, where work will continue until her delivery in October 2019.

MSC Grandiosa is due to become the third Meraviglia ship to enter MSC Cruises’ fleet, and the first of three Meraviglia-Plus ships, which feature larger tonnage and guest capacity than the first two Meraviglia ships – MSC Meraviglia and MSC Bellissima.

She will also become the fifth ship to enter MSC Cruises’ fleet in just two and a half years.

MSC Grandiosa will showcase an even larger Mediterranean-style promenade, the ground-breaking feature unique to Meraviglia generation ships that serves as the social hub of the ship. The promenade will host surprise performances, including flash mobs and themed parties as well as the awe-inspiring projections on the even longer 98.5mtr LED Sky screen.

Amongst other specialty restaurants it will feature a new bar and lounge, L’Atelier Bistrot, offering lounge seating with a stage and a dance floor, impressionist art on display and terrace seating with Parisian Bistrot tables and chairs.

MSC Grandiosa will be delivered to MSC Cruises at end October, named in Hamburg in early November and will start regular sailings from Genoa, Italy on November 16, 2019.