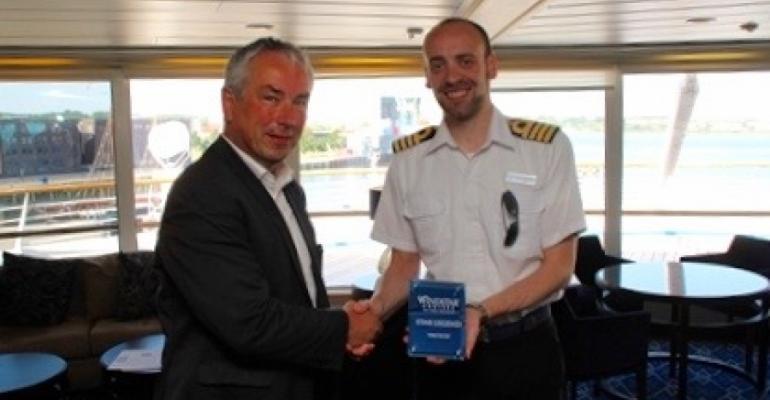 The Windstar passengers explored Berlin, Schwerin and the UNESCO World Heritage town of Wismar by bike or on foot. During a plaque and key ceremony Mayor Beyer welcomed Capt. James Griffiths, his passengers and crew.

'The passengers enjoyed our welcome programme very much and especially the farewell accompanied by music of the Klasbachthaler Orchestra and gun salute of the traditionally dressed fusiliers,' said Nicole Wriggers, cruise coordinator of Columbus Cruise Center Wismar.

The following day Mayor Beyer welcomed Azamara Capt. Jose Vilharino, who expressed his satisfaction with the Wismar berth's proximity to the town.

Thanks to the fantastic weather the pier party that had been specially organised for the call was a big hit with passengers who heard the music of several bands on a stage alongside the ship. Pre-departure fireworks capped the day.

'We have received a lot of positive feedback from passengers and crew on our activities,' said Michael Kremp, managing director of Seehafen Wismar and Columbus Cruise Center Wismar.