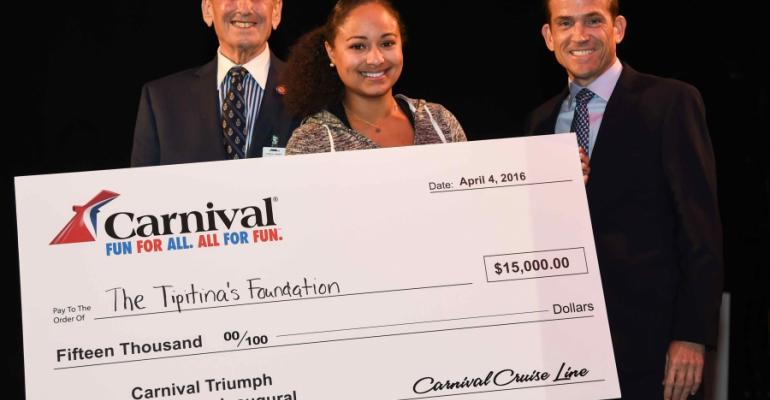 Carnival Triumph's repositioning to the Port of New Orleans Monday was highlighted by an event with representatives from four local music organizations competing for $35,000 in donations to music charities.

Tipitina’s Foundation bagged the first prize of $15,000. The others split $20,000 in runner-up contributions toward the charities each represented.

Carnival Triumph represents a 34% capacity increase on the line’s four- and five-day cruise program from New Orleans. Together with Carnival Dream, which operates year-round seven-day voyages, Carnival is expected to carry 450,000 passengers annually from the renovated Erato Street Terminal, the largest commitment by a cruise line in New Orleans.

Carnival is the only operator of year-round cruises from New Orleans with destinations including Mexico, the Caribbean and the Bahamas.

Torres de Navarra called the port a 'valued partner for more than 20 years' and thanked officials, the community and travel agents for their support.

'We are elated to welcome this exciting ship which features a number of Carnival’s most popular new enhancements,' LaGrange said of Carnival Triumph.