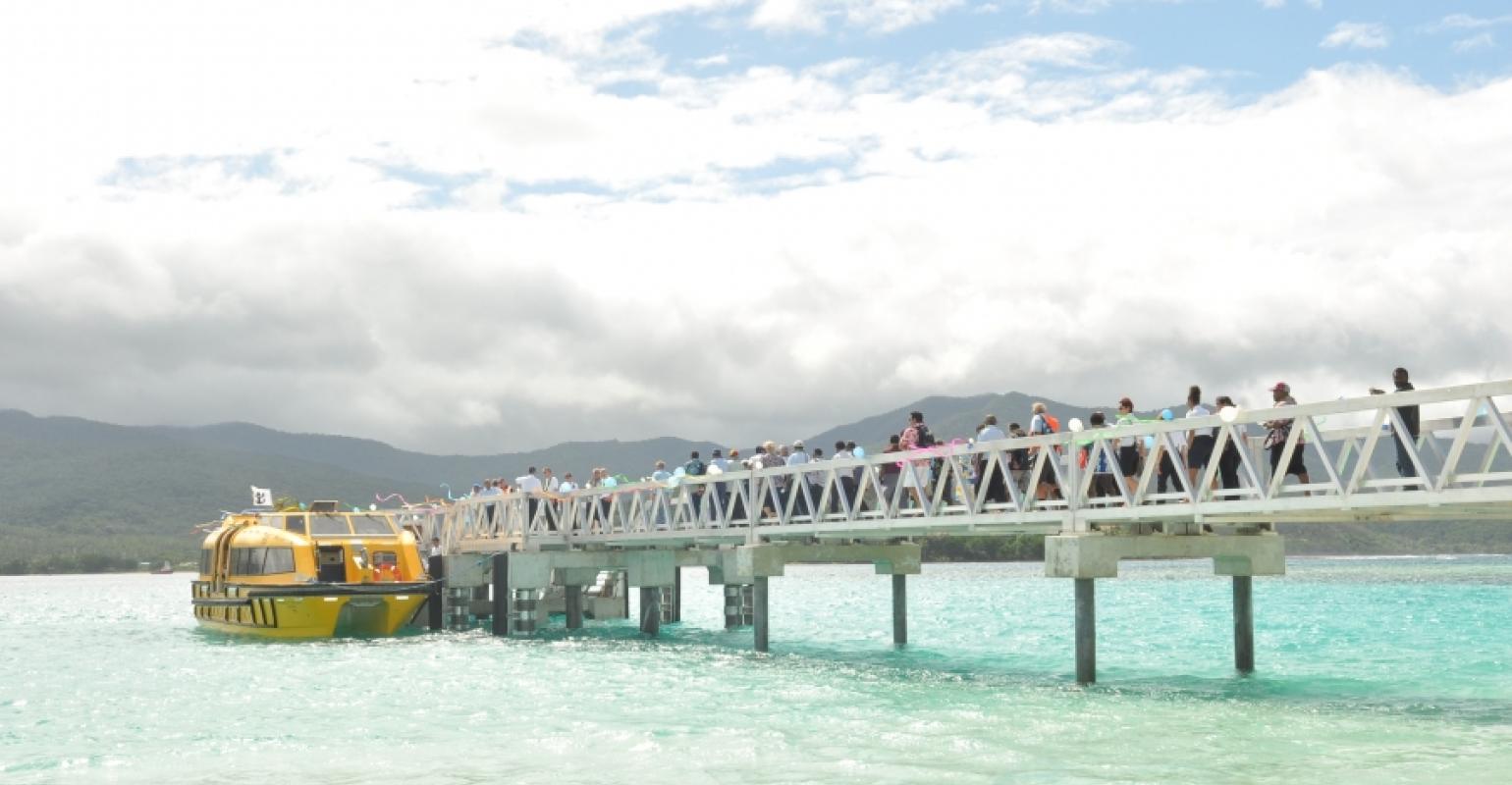 ‘Today is a very proud day for tourism in Vanuatu and we are extremely grateful to Royal Caribbean for their assistance in ensuring the continued success of cruise ship visits to our country,’ Natuman said.

‘Tourism is incredibly important to our economy and the well-being of our people,’ he said. ‘We are committed to working with Royal Caribbean to ensure we can continue to bring Australian, New Zealand and international guests to our beautiful country into the future.'

The new pier replaces an older, smaller pier which was frequently damaged during cyclones and now ensures that Mystery Island can continue to receive cruise tourists year-round.

The bigger pier provides for increasingly larger cruise ships and it follows the earlier upgrade of the cruise berth in Port Vila where Royal Caribbean supported the addition of four new bollards capable of berthing its Voyager Class ships, the largest cruise ships operating in the region.

In partnership with the Vanuatu government, Royal Caribbean has invested more than A$4m in shipping infrastructure in Vanuatu over the past 12 months.

Adam Armstrong, md Australia and New Zealand, said the investment in Mystery Island and Port Vila are the first of several potential infrastructure projects in the South Pacific islands where the company is investing significantly to ensure the region continues to benefit from cruise tourism as the size of ships increase and the number of passengers grows.

‘Cruises to the South Pacific are the most popular itineraries for Australian travellers and Vanuatu is one of the highest rated destinations for our guests,’ Armstrong said.

‘Our investment solidifies Royal Caribbean’s long-term commitment to cruising in the South Pacific.’