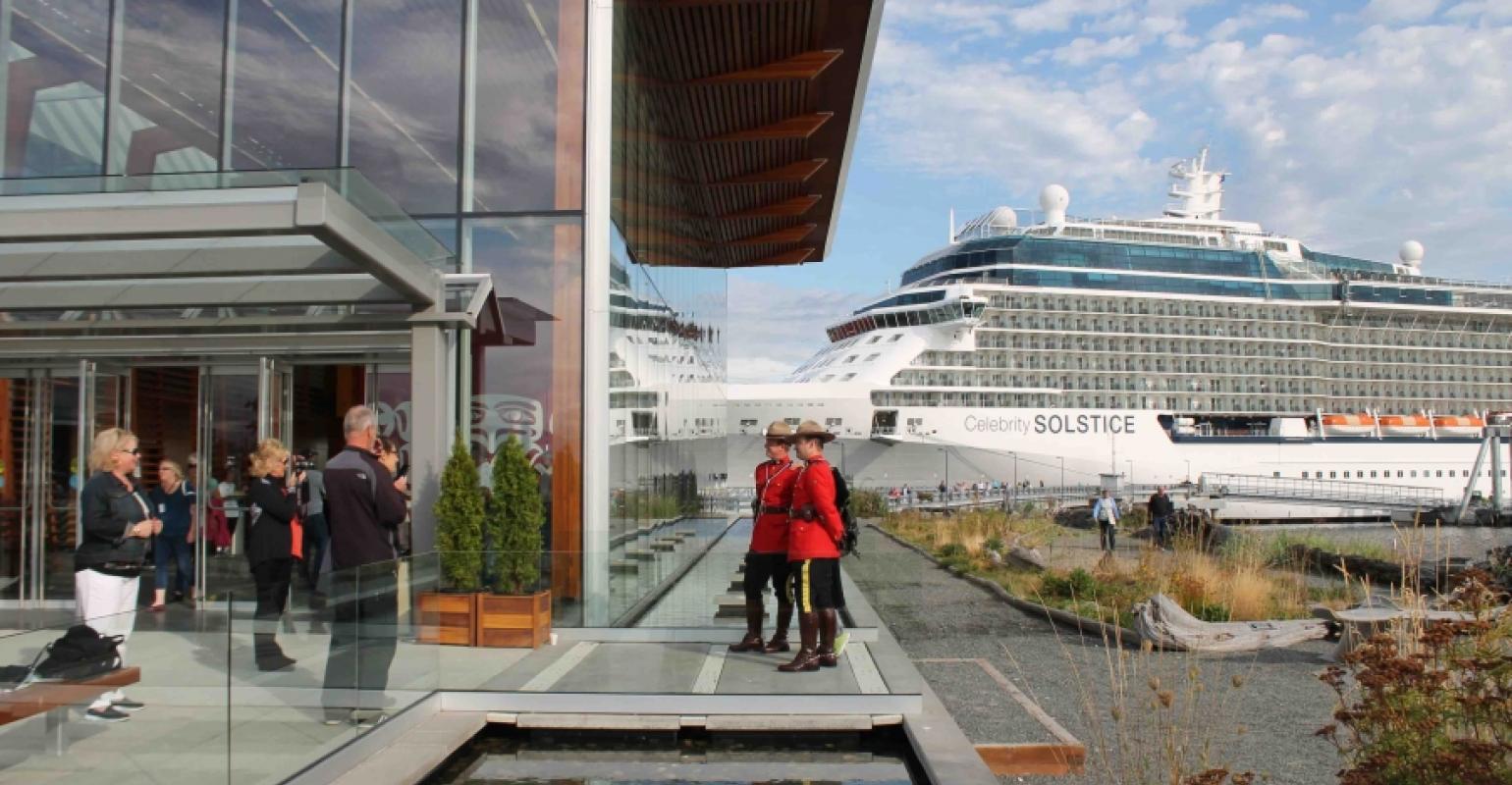 Celebrity Solstice is returning to Nanaimo Sept. 21. The ship is pictured from a 2014 visit when passengers photographed Royal Canadian Mounted Police in red serge at the terminal (Photo: Nanaimo Port Authority)

British Columbia's Nanaimo, which will handle a return visit by Celebrity Solstice on Monday, has booked two additional cruise calls in 2016 for a total of eight. That is up from calls by three cruise ships this year.

Bernie Dumas, president and ceo of the Nanaimo Port Authority, said Celebrity Solstice's return on Monday after its visit in 2014 plus the incremental bookings for 2016 validate the port's work with its community partners to make all calls 'consistently exceptional.'

The port works with the Downtown Nanaimo Business Improvement Association and Tourism Nanaimo, among others.

As with all cruise calls, when Celebrity Solstice visits, passengers will be taking local and regional shore excursions to the Alberni and Cowichan valleys and the Qualicum area.

At the terminal Tourism Nanaimo staff will greet passengers and point the way to photo opportunities with the Royal Canadian Mounted Police in red serge, and to cannon firings at noon, 1 p.m. and 2 p.m. at the historic Bastion plus Shakespeare by the Sea in the Waterfront Plaza sponsored by the Nanaimo Port Authority and Tourism Nanaimo.

Free shuttles will transport passengers from the cruise terminal through downtown where the Downtown Nanaimo Business Improvement Association has local volunteers to engage with visitors.

This contact with local people in the downtown area, the museums, galleries, eateries, the Farmers Market and walking tours receives positive passenger feedback on a consistent basis, according to Dumas.

Each cruise visit, he said, has an immediate average economic impact of $250,000 in the community and region. Dumas added that cruisers consider Nanaimo for a return stay-over visit.