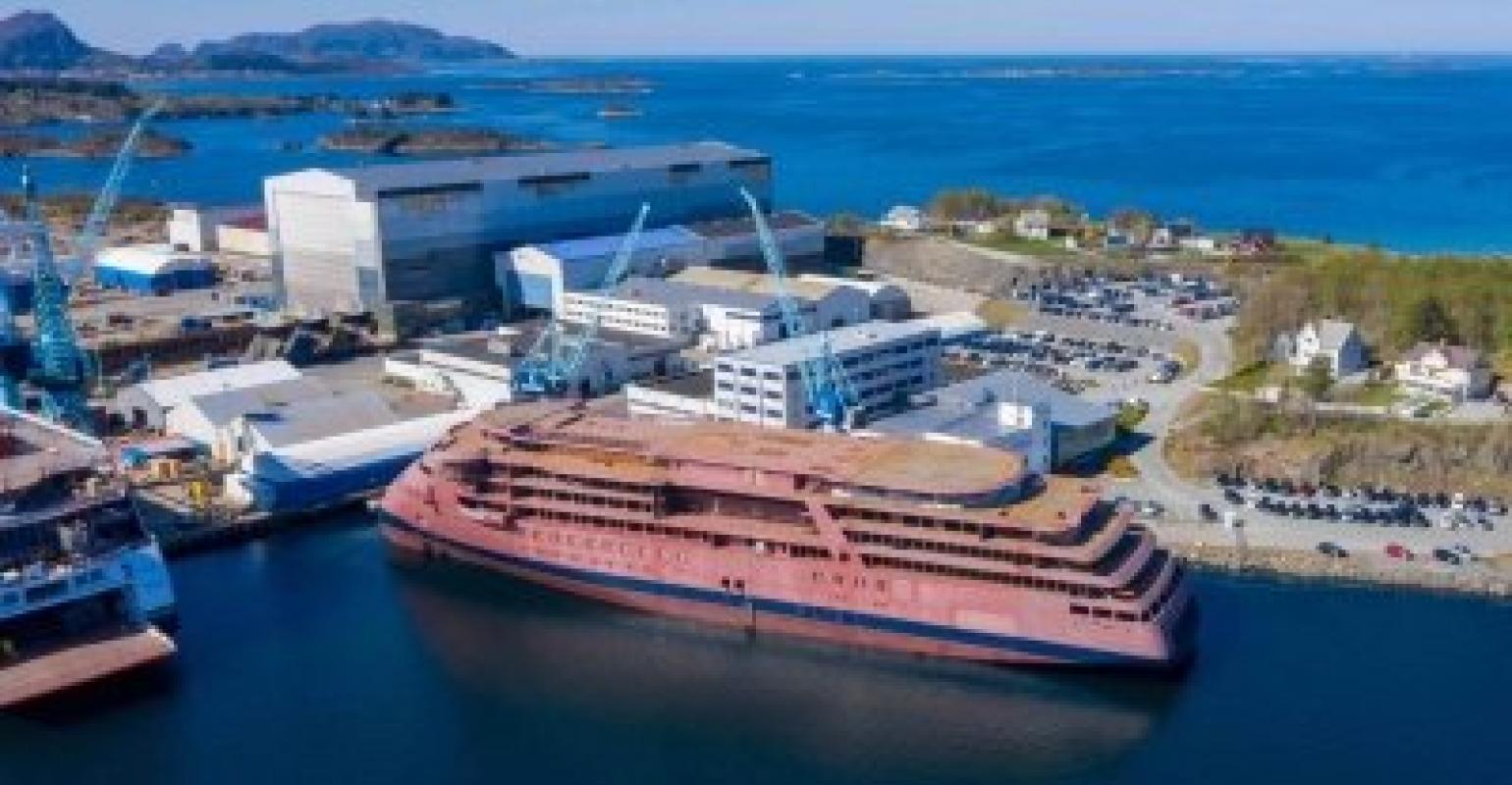 National Geographic Endurance alongside at Ulstein where the main engines, generators, stabilizers, cranes and other essential equipment will be installed

National Geographic Endurance, the first polar newbuild in the history of Lindblad Expeditions, arrived in Ulsteinvik, Norway, Tuesday after traveling nearly six days from Gydnia, Poland, where the hull was constructed.

The ship arrived under tow with 100% of structure steel and major foundation work having been completed at Crist S.A.

National Geographic Endurance also has all bow thruster and major HVAC equipment built in. The main engines, generators, stabilizers, cranes and other essential equipment will be installed in dry dock at Ulstein Shipyard, along with the completed piping, electrical and hotel outfitting.

The last two steel blocks on the housetop, which make up the ship's masts, will be erected later in the construction stage as air space becomes available at Ulstein.

National Geographic Endurance is scheduled to be delivered at the end of January 2020.

Lindblad recently announced an agreement with Ulstein to design and build a second polar vessel, due for delivery in 2021.

MSC Cruises branches out to Port Canaveral amid host of deployment changes
Jun 04, 2020