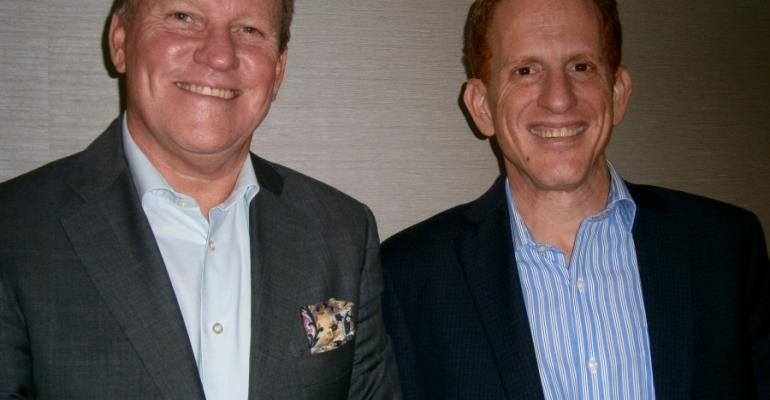 The Australian call centre is to be up and running by December.

‘We are in the fit-out process at the moment, but the call centre in our new Sydney CBD [Central Business District] office in Elizabeth Street will be up and running by the beginning of December,’ said Steve Odell, svp and managing director Australia and New Zealand for Norwegian Cruise Line Holdings.

Odell was speaking to SCN with Harry Sommer, the company’s evp international business development, who is making his first trip to Australia. Sommer arrived Tuesday and met Odell’s senior staff. He goes back to Miami Friday, but plans to return two or three times a year. He hopes to meet senior travel partners in New Zealand next time he visits the region.

‘Our new office in Australia is to provide additional support,’ he said.

Odell said Norwegian Cruise Line is the focus of the Australian operation which represents a huge investment.

‘We are going to have a staff of 45 from none at all and the pressure is intense to grow the business very quickly,’ he said. ‘We are looking for big increases in 2017-18.

‘Our key focus is Hawaii and Europe,’ he said. ‘Hawaii is very big for us here. It is an exclusive product and it is something we can build on further, given how much air capacity there is to Hawaii.’

Sommer said the company will grow 40% with six new ships coming on line from now until 2019 and that Australia is expected to ‘pick up more than its fair share of this growth.’

He said NCLH has taken a much more active role in global expansion.

‘We have opened an office in Brazil and Hong Kong and now Australia and we are looking at other potential locations around the world,’ he said.

‘We are still actively looking at China and at all our options,’ he said. ‘Frank (Del Rio) has announced he will have this sorted out by the end of the year and I can confirm we are still on that schedule.’