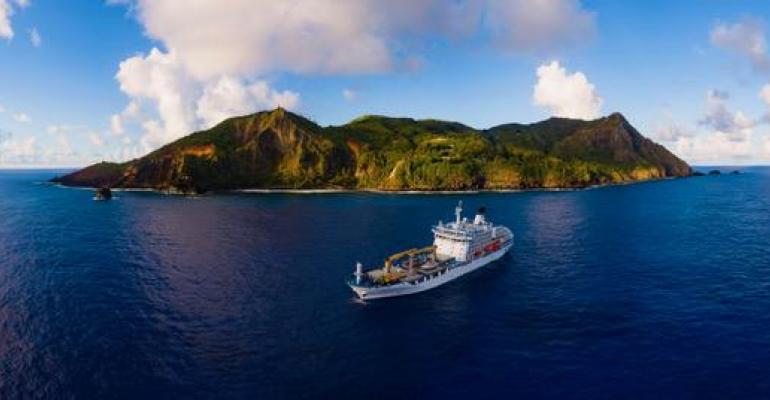 Aranui 5 sails to the most exotic destinations in French Polynesia and beyond
The custom-built passenger-freighter Aranui 5, which made her maiden voyage from Papeete in December 2015 to coincide with the Marquesas Art Festival, will visit Fatu Hiva for the biennial Art & Culture Festival in December 2021.

This is a highlight of Aranui 5’s 2021 programme, which also includes a maiden voyage to the Cook Islands, an expanded Pitcairn itinerary and its first dedicated Society Islands cruise.

Aranui Cruises makes its first visit to the Cook Islands on a 13-day round-trip from Papeete on September 4, 2021, sailing past Pointe Venus en route to Aitutaki and Rarotonga, returning via Rurutu, Rapa and Raivave in the Australs and the Tuamotu atoll Anaa.

The revamped cruise to the Tuamotu, Gambier and Pitcairn Islands includes a new Tuamotu atoll — Hikueru, and an overnight in Adamstown as well as a maiden visit to Pitcairn’s Oneo Island.

The 12-day Society and Tuamotu voyage departs Papeete on May 8, 2021, and includes calls at Rangiroa, Fakarava and Makatea in the Tuamotus and the Society Islands’ Raiatea, Tahaa, Maupiti, Huahine, Moorea and Bora Bora.

When Aranui 5 anchors at Makatea on May 11, 2021, it will be almost 50 years since the company’s last visit as a local inter-island trader during the island’s phosphate boom.

Most of Aranui Cruises’ 2021 departures feature its popular 13-day round-trip from Papeete to the Marquesas Islands.

As previously reported, there is no Aranui 4 as the number is considered unlucky by the Tahitian-Chinese owners.