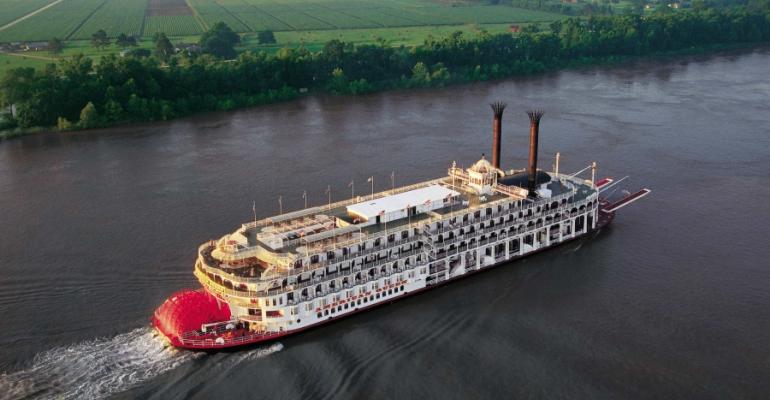 Commodore Services provide an exclusive level of hospitality and amenities to passengers in suite-level accommodations. Included are access to the pre-voyage hotel's club lounge, voyage check-in and pre-boarding privileges, a bottle of wine from the region or fruit basket upon arrival, preferred dining arrangements, reserved balcony seating in the Grand Saloon theater or The Show Lounge theater, a private reception with senior officers of the ship and River Butler services for those in luxury suites.

The 'Mighty Mississippi' voyages travel the entire length of the river with a southbound and northbound itinerary spanning three weeks.

Among the new themed voyages for American Queen are 'Presidents & Politics,' 'Holiday Christmas Markets' and ''Five Rivers of the Heartland,' which touches the Mississippi, Illinois, Ohio, Tennessee and Cumberland rivers in a single itinerary.

American Queen, meanwhile, embarks on its fifth season on Feb. 18, 2016, to destinations along the Mississippi, Ohio, Tennessee and Cumberland rivers. The 46 itineraries next year offer history and culture, from pre-cruise hotel stays in New Orleans to tracing the steps of Mark Twain in Hannibal, Missouri.

Nine-day sailings on American Queen are priced starting at $2,149, while American Empress fares begin at $2,649 per person, double occupancy. All journeys include a one-night pre-voyage hotel stay, shore tours in all ports, wine and beer with dinner and other amenities.