New Disney Alaska tours, from campfire breakfast to mine trek 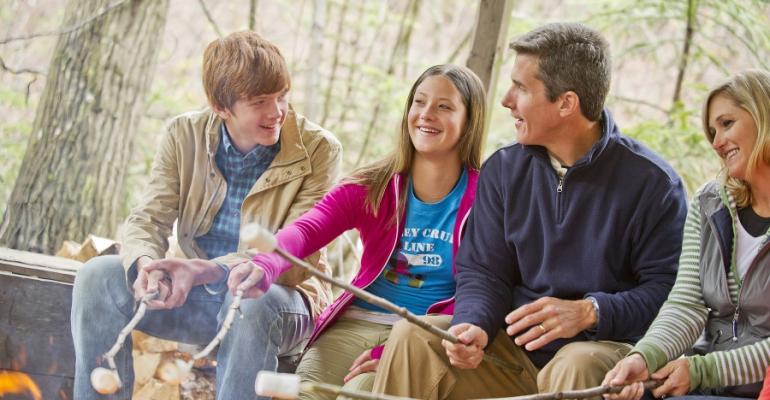 Disney Cruise Line's new excursions for the 2015 Alaska season include family experiences like learning about the Gold Rush around a prospector's campfire, panning for gold, trekking to an abandoned mine and interacting with puppies and dogs training for sled races.

On the 'Family Gold Exploration' and the 'Mendenhall Glacier and Mine Ruin Exploration' in Juneau, Disney cruisers have an exclusive encounter with an eccentric prospector mining the hills. At the miner's camp, they'll hear stories around the campfire, leaving with tips of the trade and a keepsake from the prospector.

Families can also explore the Treadwell Mining District on the 'Family Gold Exploration' and pan for gold and garnets at the Alaska Gastineau Gold Mine. They’ll also journey into the abandoned mine at the Maggie Kathleen Tunnel—a first for Disney—with a hard-rock miner, to see the equipment used for extracting ore.

During 'Mendenhall Glacier and Mine Ruin Exploration,' families take in the sights of the Mendenhall Valley with its snow-capped mountains and lush green forests. Then they explore the mine ruins and trails at Douglas Island’s Treadwell Mining District.

Alaskan fare takes center stage at the 'Klondike Campfire Breakfast,' a Disney exclusive. Participants begin their day at the Liarsville Gold Rush Trail Camp with a hearty breakfast of steak, eggs and sourdough blueberry pancakes. After being treated to the music and poetry of renowned Yukon poet Robert Service, they pan for gold, with guaranteed results.

At Skagway, during the 'Klondike Family Challenge,' participants pan for gold, interact with dogs and puppies training for sled dog races and feel the thrill of 40 degrees below zero. They tour the Klondike Gold Fields brewery, sample fresh brews and design their own root beer labels.

Another new Skagway adventure takes families to the legendary White Pass Summit, tracing the steps of miners during the Klondike Gold Rush. Participants will take in sweeping views and at Skagway Overlook they'll see the glacier-lined Skagway Valley and Disney Wonder. Alaskan salmon is served at a barbecue lunch at the Klondike Gold Fields where participants learn about gold panning.

Yet another new Skagway experience sends cruisers gliding over the waters of Summit Lake in the 'Alpine Lake Canoe Adventure.'

From Juneau, teens are accompanied by Disney youth counselors as they gear up for an teen-only canopy and zip line expedition.

Beginning June 1, Disney Wonder will sail a season of 14 seven-night cruises from Vancouver to Tracy Arm, Skagway, Juneau and Ketchikan.