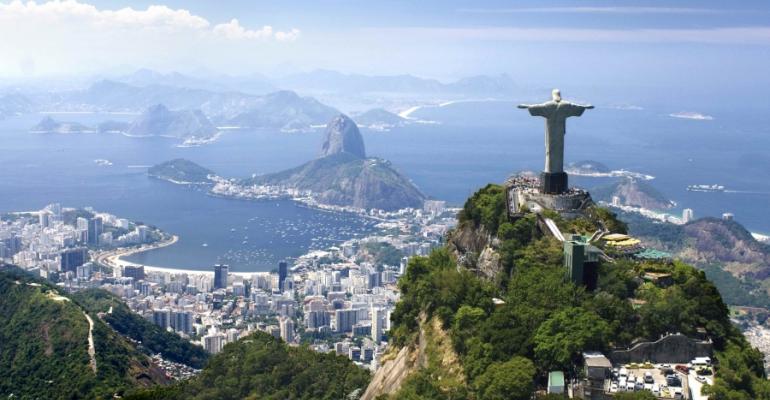 A new economic impact study shows how Brazil's once booming cruise business has retracted. While cruising is growing in most other parts of the world, the number of ships deployed in South America's largest country has shrunk, reducing passenger numbers by hundreds of thousands and cutting revenues and jobs.

The total economic impact of passenger, crew and cruise line spending in Brazil was R$1.15bn (US$663m) in the 2013/14 season, a sizable amount but 250m reis (US$110m) less than three years ago, according to the study by FGV Projetos for Cruise Lines International Association-ABREMAR, the Brazilian Cruise Association. The nearly 18% drop is due to fewer ships and cruises operating in Brazil.

The passenger count was 596,532 during the 2013/14 season, down from the peak of 805,189 in 2011/12 and 792,752 in 2010/11, the first time FGV—Brazil’s leading economics and business management university—produced its report. The results were announced at the Seatrade Latin America Cruise Convention in São Paulo in May 2011 and the latest report is sure to provide fodder for high-level discussion when Seatrade Latin America returns to Brazil in September.

The cruise industry is still a significant employer in Brazil, generating 15,465 jobs. However, that is 25.1% fewer than in 2010/11, according to the study. A number of those jobs are shipboard; Brazilian cabotage law requires vessels operating more than 45 days on the coast to employ at least 25% Brazilian crew.

Spending was off in all categories since three years ago.

As in 2010/11, Santos remains the leading Brazilian port, followed by Rio de Janeiro, but numerous other ports in the country handle cruise calls.

Limitations to cruise development identified in the study include high operating costs for such services as pilots, steep taxes, bureaucracy, logistics issues and inadequate infrastructure, with cruise ships sharing cargo facilities at most ports.