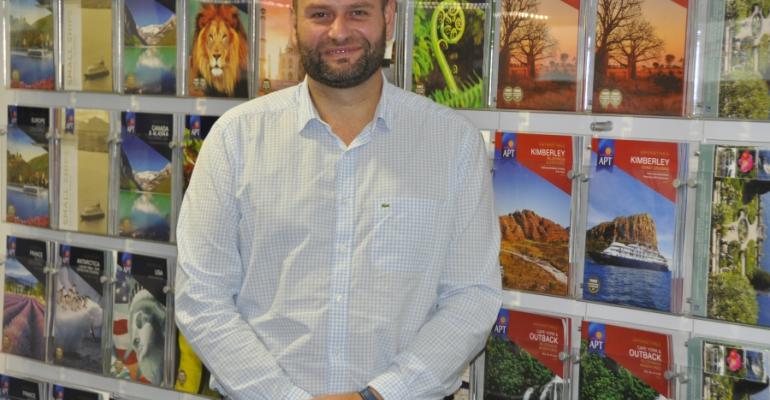 Australia’s privately-owned APT has appointed Steve Reynolds as executive gm, responsible for the overall financial performance and strategic direction of the brand globally.

Reynolds recently joined APT from UK-based Back-Roads Touring. He previously had an extensive career in Australia with Tempo Holidays which became Cox & Kings where he was md and ceo.

David Cox who has been overseeing both the APT brand and its cruising and touring subsidiary Travelmarvel, is now executive gm of Travelmarvel, also with global responsibility.

‘We’re delighted to welcome Steve to the senior management team,’ APT group md Chris Hall said. ‘He brings with him the skills needed to help facilitate further growth for the APT brand, both here in Australia and also further afield. We  are excited about what Steve will deliver for the future of APT.’

APT is a majority stakeholder in Noble Caledonia, the Golden Eagle Trans-Siberian Express and Captain’s Choice which charters Qantas jets for packages to exotic destinations.

In 2005 Geoff McGeary, whose father founded what became Australian Pacific Touring in Melbourne in the 1920s, teamed up with Rudi Schreiner to become a co-owner of AmaWaterways. Their first jointly-owned European river ship, the 150-passenger AmaDagio was launched in 2006.

APT has commissioned two river ships to be delivered next year for its Burma (Myanmar) operation. APT will take delivery of a 30-suite high end luxury vessel, Samatha and Travelmarvel will get Princess Panhwar, a 36-suite premium four-star vessel. Both ships are being built in Yangon in partnership with the Maing Fong Company.