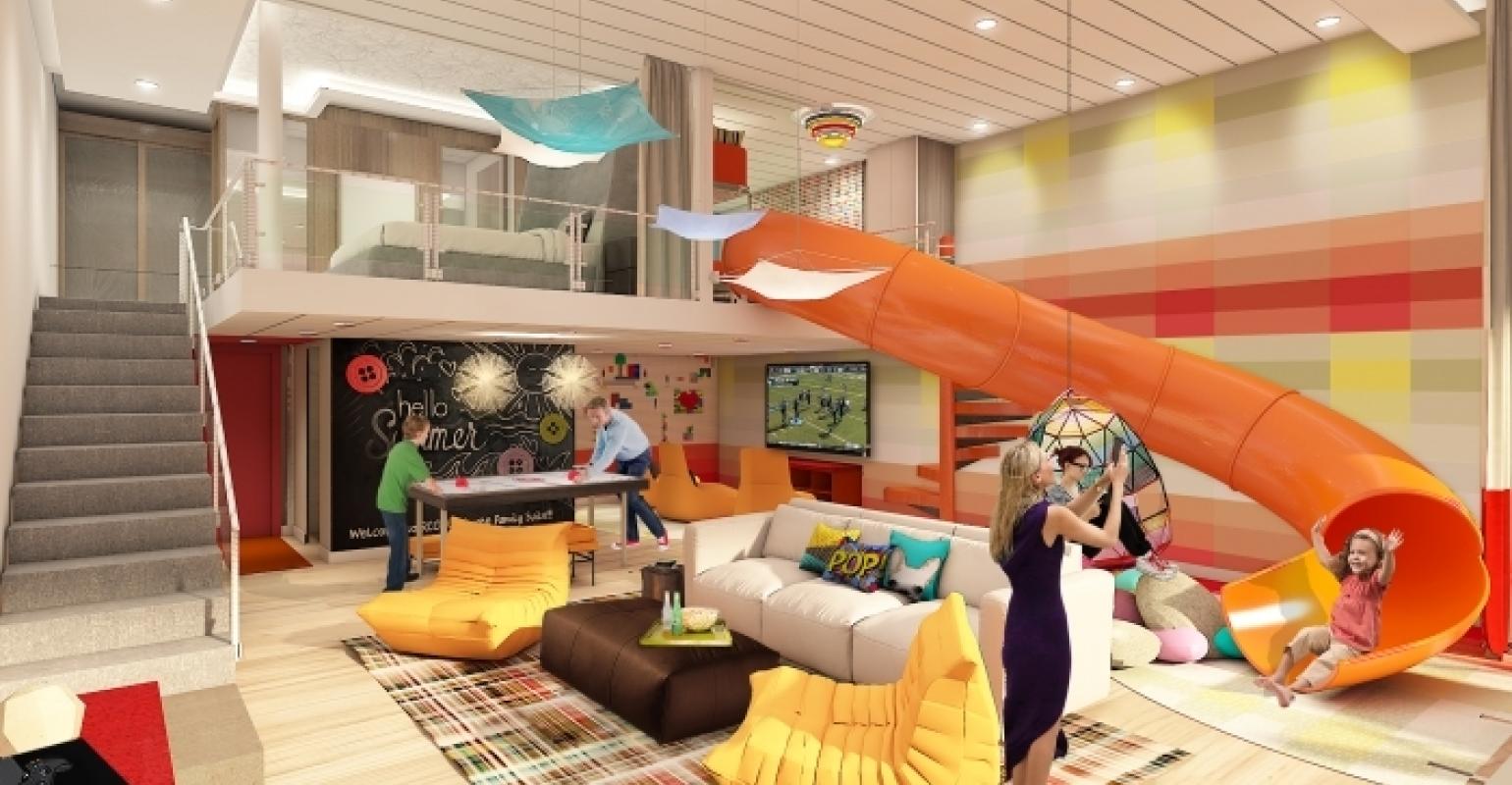 With new features, Symphony of the Seas is 'Royal Caribbean amplified'

All are one-of-a-kinds aboard the new world's largest cruise ship, Symphony of the Seas.

'The best is getting better,' Royal Caribbean International president and CEO Michael Bayley said of the newest Oasis-class ship. Last year's Harmony of the Seas is 'by far our top-selling product,' garnering net promoter scores in the mid-70s—which Bayley said puts the ship far ahead of anything in cruising. He expects its slightly larger 2018 sister, Symphony of the Seas, to top that.

The ship will debut April 18 with weeklong cruises from Barcelona before repositioning to PortMiami's new Terminal A in November as the first Oasis-class vessel to sail from the 'Cruise Capital of the World.'

Starting with what Royal Caribbean dubs 'friction-less' check-in via a new mobile app, passengers will be able to use their smartphone to breeze through a single security checkpoint.

Once on board, they'll find 'the best of Oasis and brand-new features,' said Vicki Freed, SVP sales, trade support and service.

The Ultimate Family Suite sounds like a kid's dream come true, with a slide, floor-to-ceiling LEGO wall, air-hockey table and the surround-sound movie room with its own popcorn machine and a library of video games. The suite's 212-square-foot wrap-around balcony offers a bumper pool table, a climbing experience and a full-size whirlpool. The two-bedroom suite sleeps up to eight.

In a new spin on the Boardwalk, Playmakers Sports Bar & Arcade, spanning the length of the neighborhood, will be a family magnet with more than 30 big-screen televisions, arcade games (video and vintage, like 'Pac-Man'), draft craft beers, wings and burgers. Playmakers and Sugar Beach, selling candy and ice cream, replace Sabor and Starbucks, with Starbucks moving to the Royal Promenade.

In the reimagined, two-deck-high Solarium, Hooked will provide fresh seafood, including oysters shucked to order, for lunch and dinner in a casual venue with great views over the front of the ship.

Another new food spot, El Loco Fresh, will be found close to the Sports Zone, and serve tacos, burritos, guacamole and other Mexican fare, made to order.

Entertainment aboard Symphony of the Seas will be more immersive and interactive, Bayley said. A new show, 'Flight,' in the Royal Theater, spans the Wright Brothers to Mars, while Royal Caribbean is also bringing back the Broadway hit 'Hairspray.'

And a new original ice show, '1977,' features a time-traveling hero on a jewel-heist adventure.

But Bayley said his favorite Symphony feature is the new world's largest laser tag experience, housed in the Studio B ice rink that will be converted for this glow-in-the-dark family activity.

Altogether, it adds up to Royal Caribbean's trademark combination of 'quality and energy,' Freed said.

The brand's got 'good mojo,' Bayley chimed in.