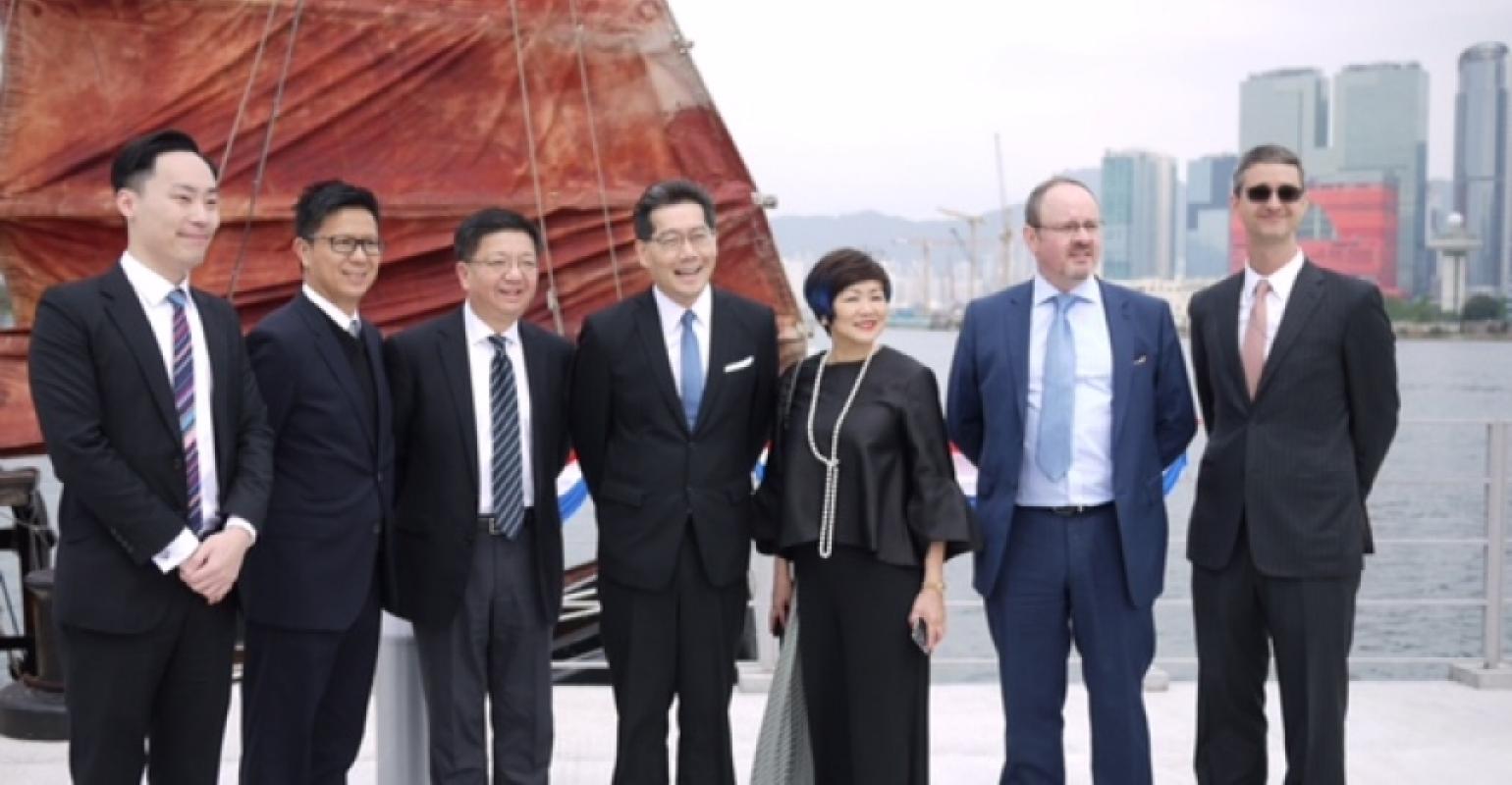 Tuesday marked the inaugural use of the Kai Tak Ferry Pierr, at the site of the former Kai Tak Airport Fire Station, adjacent to Hong Kong's Kai Tak Cruise Terminal.

'Cruise passengers and local visitors will greatly benefit from the convenience of both shore excursion programs via ferry and regular scheduled ferry services to Kai Tak from North Point and Kwun Tong, which will commence in the coming weeks,' said Jeff Bent, managing director of Worldwide Cruise Terminals, the manager and operator of Kai Tak Cruise Terminal.

'We have received extremely positive feedback from the cruise lines about this development and believe that the public will greatly benefit from this added convenience as well,' he continued.

They were on their way to ceremonies aboard Queen Mary 2 in conjunction with Cunard’s Three Queens in Town Party.