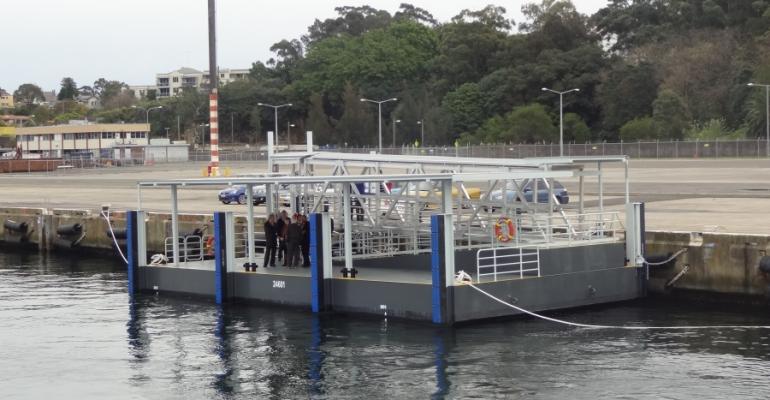 Captain Cook Cruises will offer a charter ferry service from the White Bay Cruise Terminal into the city from next month thanks to the  construction of a mobile passenger terminal pontoon.

The pontoon will be stationed at the A$57m White Bay Cruise Terminal which opened in April 2013.

White Bay was selected for its deepwater quayside infrastructure and its ability to berth two ships that can go under the Sydney Harbour Bridge simultaneously.

However, as Captain Cook Cruises' gm Anthony Haworth said, White Bay has been hard to access.

'The cruise market has been crying out for a ferry service for a long time, but one has not been possible due to the lack of docking facilities for ferries,' Haworth said.

He said the 15-minute ferry service will provide a quick and efficient transfer option for all cruise ship passengers and crew.

The pontoon, named Beatrice Bush after a colourful local identity and designed and constructed in Australia, is the first of its kind on Sydney Harbour.

It is 16mtr in length and the rapidly deployable mobile ferry pontoon can be used anywhere in the harbour where there is no passenger wharf.