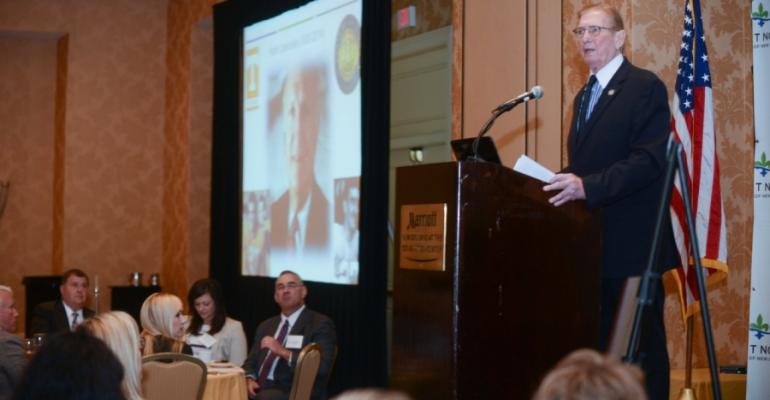 The Port of New Orleans is poised to break the 1m passenger mark for the first time in 2014, port president and ceo Gary LaGrange said during the annual State of the Port Address Wednesday.

'That’s on the heels of three record passenger years,' LaGrange added. He said the port is working with cruise lines on long-term berthing contracts and noted the port snagged its largest ever homeporting cruise ship, Carnival Dream, in April.

River cruising is poised to return on the scene in a big way within the next few years, with more players entering the market, LaGrange added. American Queen and Queen of the Mississippi have both made their presence felt in the tourism circles of New Orleans and up the river as far as Ohio and beyond.

The port recently completed a multimillion-dollar upgrade to the Erato Street Cruise Terminal and is poised to break ground on the its third cruise ship terminal at Poland Avenue in the first quarter of 2015.