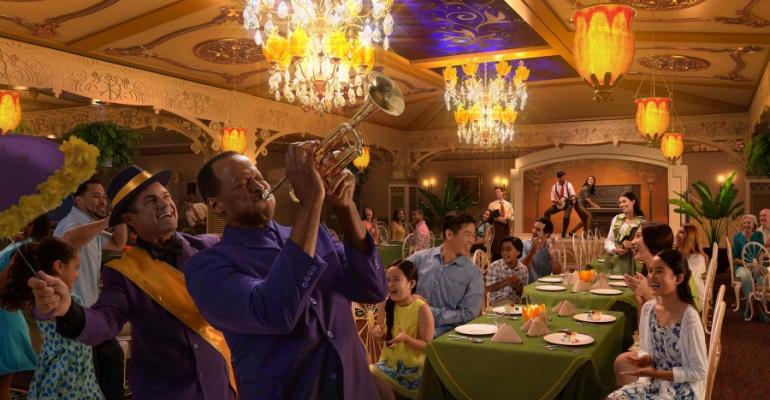 Disney Wonder will be adding a Marvel Super Hero Academy, a jazzy restaurant and an English pub as part of numerous enhancements during a fall drydock at Cadiz, Spain.

Joining the Oceaneer Club, Marvel Super Hero Academy will have some of Marvel's greatest stars mentoring young trainees. They'll learn the value of teamwork, bravery and problem solving through hands-on play and programs. In one mission, Spider-Man will appear in person to help children hone their spider senses. Kids will work on their web-slinging and then get to see themselves in the headlines of the Daily Bugle.

At a high-tech command post other Marvel Super Heroes will interact with children via a large digital display. In one program, kids can control the movement of a character on screen to practice super skills like repulsor blasting. The Marvel Super Hero Academy will be exclusive to Disney Wonder.

Elsewhere in Oceaneer Club, open to children ages 3 to 12, there will be new play spaces and more character interactions. 'Frozen Adventures' fosters imaginative play and hands-on activities. On the digital screen, Olaf leads summery games with a wintery twist and a sing-a-long. In another activity, youngsters prepare for a coronation and receive a royal, in-person visit by Anna and Elsa.

Also exclusive to Disney Wonder, Tiana’s Place restaurant will offer Southern cuisine, jazz and street party celebrations. The restaurant is inspired by Princess Tiana in the Disney animated feature, 'The Princess and the Frog.' New Orleans-style music will be performed on the main stage, setting the tone for the French Quarter supper club atmosphere.

Tiana’s personal touch will be evident throughout every detail in the restaurant, from her family photos to water lily-shaped candleholders to her framed culinary awards. All tell the tale of Tiana’s journey from waitress to frog to princess to proud restaurant owner.

The ship's adult district will gain a pub of dark woods, leather furniture and brass accents, with British and specialty beers served by the pint. Subtle nods to classic Disney films set in London can be found throughout the space.

Also, the adult district will transform into After Hours and house a brand-new nightclub. Further drydock changes will result in a reimagined Senses Spa & Salon and a new Chill Teen Spa. The new Bibbidi Bobbidi Boutique will provide magical makeovers for children, and tweens will get the Edge club.

The Animator’s Palate restaurant will introduce the popular 'Drawn to Magic' and 'Animation Magic' dinner shows from other Disney ships. The casual buffet dining venue will transform into Cabanas, as on the rest of the Disney fleet. The Palo specialty restaurant will be made over with Venetian-inspired décor.

Disney Wonder's upper decks are in for a redesign, too, adding a Twist ‘n’ Spout water slide, Dory’s Reef splash zone for toddlers and AquaLab, a pool and interactive water play area for kids and families.

The drydock is scheduled for Sept. 9 to Oct. 23, and the enhancements debut on sailings starting Nov. 10, from Galveston. Disney Wonder will sail from Texas until Jan. 20, when it heads to San Juan for a three-night cruise on Jan. 26 to Port Canaveral, where the ship will homeport for the spring.