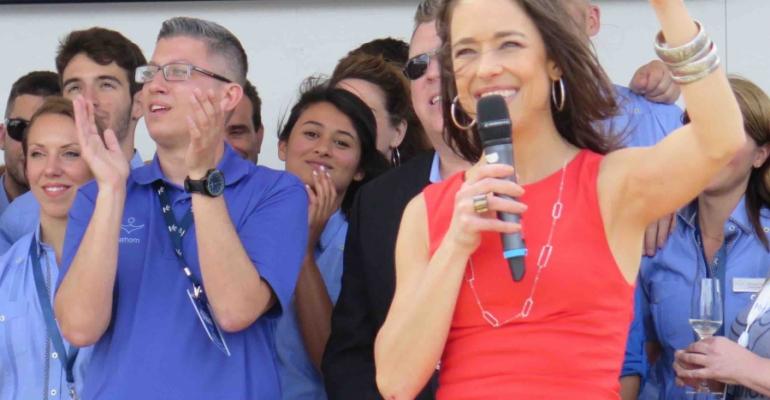 'We are on a hell-bent mission to unleash the super power in all of you,' Russell told passengers, media, travel agents, influencers and her Fathom team members as Adonia cast off from PortMiami for its inaugural voyage to Amber Cove in the Dominican Republic.

For his part, Carnival Corp. & plc ceo Arnold Donald said Fathom is 'out to change the world,' and he credited Russell for helping the company implement human capital to do good.