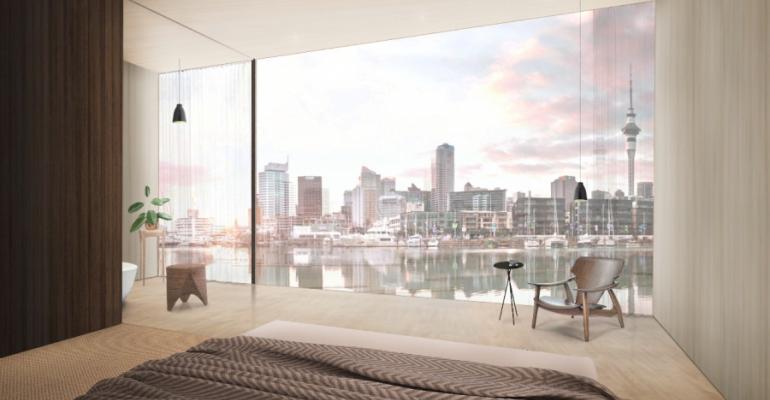 A five-star hotel to be built on the western edge of Auckland’s Viaduct Harbour is expected to be in demand with international cruise ship passengers.

‘It is an amazing location on the water’s edge,’ the chief executive of Auckland Tourism, Events and Economic Development, Brett O’Riley, said.

‘With its close location to Auckland’s cruise terminal at Queens Wharf it will be an ideal hotel for cruise passengers to stay before or after their cruise,’ O’Riley said.

‘We are focused on positioning Auckland as a premium destination and having a globally recognised luxury hotel will add to the tourism offering.’

He said the NZ$200m investment by Fu Wah is a direct result of Waterfront Auckland’s participation in the Mayoral Trade Mission to China in 2012.

‘This marks the start of a new era for private capital-funded infrastructure projects that have the potential to deliver jobs and growth for Auckland,’ he said.

Waterfront Auckland chief executive John Dalzell called it a ‘significant step forward for the development of the waterfront.’