From newbuilds to new leaders, Kruse lays out the vision for Holland America Group 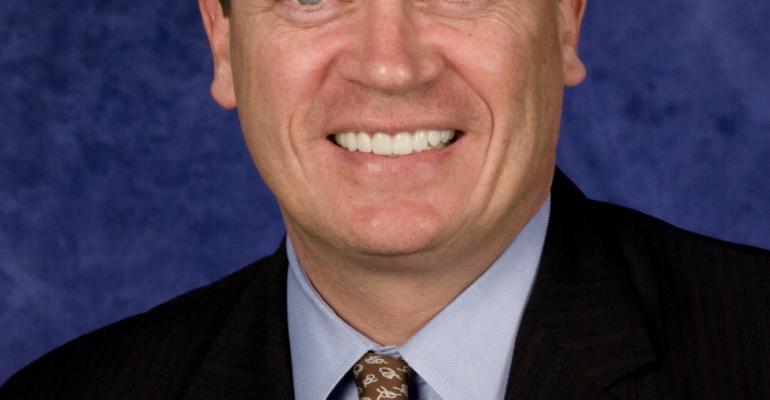 Princess Cruises is a strongly performing global brand with vast growth potential, while Holland America Line's development will continue and a new president may be in the cards. P&O Cruises Australia should someday merit newbuilds, and Seabourn is likely to get a second ship from Fincantieri.

So said Stein Kruse one year into his role as ceo of the Holland America Group, by far the largest division in Carnival Corp. & plc with more than 40 ships.

Kruse has spent the past 12 months working to better align Princess and HAL, age-old rivals that he has famously compared to Pepsi and Coke. That's in the past, though, as Carnival's corporate mantra is now 'communicate, collaborate, coordinate'—a phrase Kruse coined. And there are P&O Australia synergies, as well, with that brand taking over a pair of HAL ships next year.

Any concerns among Princess employees about their company's future as part of the Holland America Group are belied by Kruse's enthusiasm.

'Princess is really a fabulous company. Their growth potential is enormous,' he said. Princess is performing very well, moving aggressively into new markets like Japan, Taiwan and China, is the largest supplier of cruise berths in Australia and doing well in the UK.

President Jan Swartz is an 'extraordinary individual, very strategic and incredibly hard-working,' who is growing in her job, too, learning about ship operations and product development on top of her knowledge of finance, strategy, marketing and sales.

Kruse championed a third 143,000gt Princess newbuild, which was contracted over the summer for 2017 delivery. 'It was the easiest decision to build another one of these,' he said, adding that Regal and Royal Princess get 'terrific passenger scores and make money.'

There will be more big ships for Princess, a scalable brand that will spearhead expansion globally, he said. From 18 ships today, it has the potential to be 'much bigger.'

Future ships will not be smaller than the 143,000gt Royal Princess platform. So the brand will grow in two ways—larger vessels and expansion into new markets.

Meanwhile, Holland America Line is running 'like a machine,' with strong managers across the board. Kruse continues to fill the president role but it's possible he'll appoint someone to take that on.

Customer demographics for HAL and Princess are similar though Princess draws more from the West Coast and HAL from the Midwest and East Coast. The Princess experience is a little more active and contemporary, while HAL with its mid-sized ships exudes more premium elegance.

Capacity will rise when the 99,500gt Koningsdam arrives in 2016, however HAL will field one fewer ship with Ryndam and Statendam transferring to P&O Australia next year. In time, the next S-class ship will exit 'and over the next five years, we will almost certainly build the next Koningsdam,' Kruse predicted.

So HAL will grow as vessels are replaced and will continue to sail globally, yet it's not likely to be blazing into new markets like Princess.

When it comes to brand names, Holland America needs to be explained; it has a lot of dignified history. Princess is one simple word that is almost universally understood.

Seabourn is thriving under president Rick Meadows and svp John Delaney, and the trio of Odyssey-class ships are 'operating exceptionally well with unbelievable scores from passengers.' The two remaining original ships will go in the spring, with a Seabourn newbuild to arrive in 2016. The deadline for picking up an option for a second ship from Fincantieri is very near, and Kruse thinks that option will be exercised, probably for 2018 delivery.

As for the Carnival Australia portfolio he oversees, 'P&O Australia is doing incredibly well but it's starved a little because it has older ships. We're going to make sure we feed that wave of demand in Australia.'

That's why Ryndam and Statendam are moving to P&O next November as the updated Pacific Aria and Pacific Eden, making P&O the largest year-round operator in Australasia.

The P&O product team is led by svp hotel operations Sture Myrmell, who's doing a 'fantastic job,' and with five ships, the brand can branch out to sailing from Western Australia, increase Melbourne departures and operate longer Far East cruises.

All this positions P&O Australia for scaling up, perhaps in five years. Eventually, newbuilds are 'probably' a consideration.

Since 2013, Kruse has focused on better aligning the brands so they don't compete in areas like promotions, marketing campaigns, direct mail and deployment. For example, he wouldn't like to repeat last year's circle Australia cruises operated at the same time by Princess and HAL, which source very similarly.

And were Princess to have weak demand for a particular Gulf of Alaska sailing, there would be an effort not to take pricing action in a way that hurts the yields of a comparable HAL cruise.

It comes down to 'not competing with ourselves,' Kruse said. 'Doing these things really makes sense as a group and we want to lift everything in the portfolio.'

He's working to ensure his lines have the resources they need to distinguish their brands. It's a positive that competitors like Royal Caribbean, Norwegian and MSC are all doing a good job of differentiating themselves. Cruising has not become a commodity.

There are plentiful opportunities, in his view, to boost synergies within Carnival in areas like purchasing and logistics without this leading to everyone using the same suppliers and products, blurring the brand lines.

He's inspired by Carnival ceo Arnold Donald, who's 'incredibly smart, incredibly eloquent and very analytical.' Both admire Alan Mulally, who returned Ford Motor Co. to profitability from near bankruptcy as the only major US auto manufacturer to avoid a government bailout.

'Mulally says "the data will set you free,"' Kruse related, meaning that analyzing data helps leaders make decisions. Donald, he said, asks a lot of questions and 'challenges you to think through the data.'