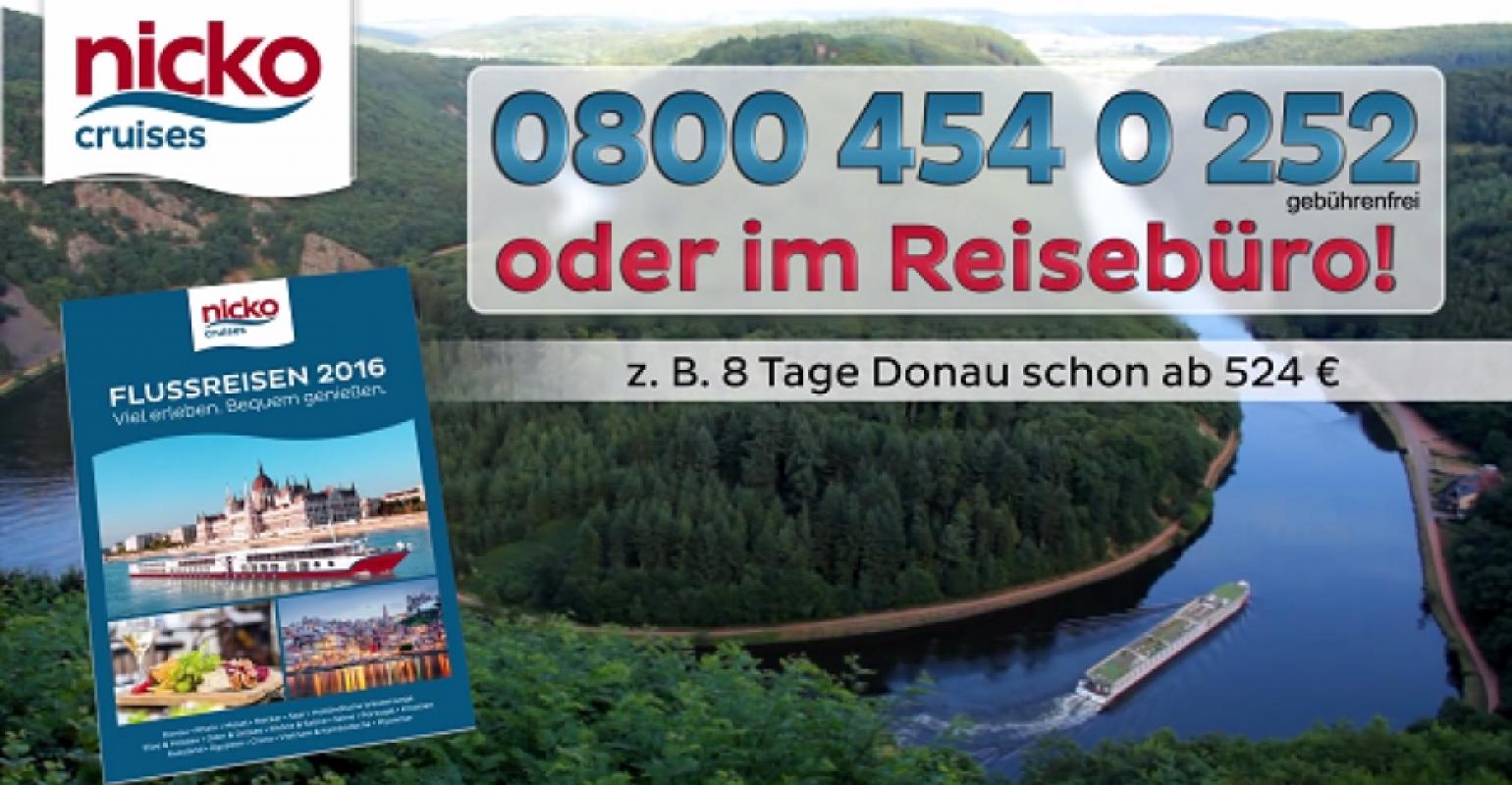 TV commercials for river cruises are a novelty in Germany, where this style of holiday is still too little known, according to Guido Laukamp, md, Nicko Cruises. The operator aims to change that with its nationwide campaign.

The ZDF public television channel will air a 15-second spot titled 'Viel erleben. Bequem genießen' (Experience a lot. Enjoy in comfort) several times daily. The spots are scheduled to start Tuesday and will continue until Jan. 23.

The campaign targets a 50-plus audience. Viewers are told to contact a travel agent or Nicko's booking hotline.

Complementing the TV campaign, Nicko Cruises extended its 2016 early-bird discounts through January and is offering special savings to single travelers. This reduces the single surcharge on certain itineraries to 15%.