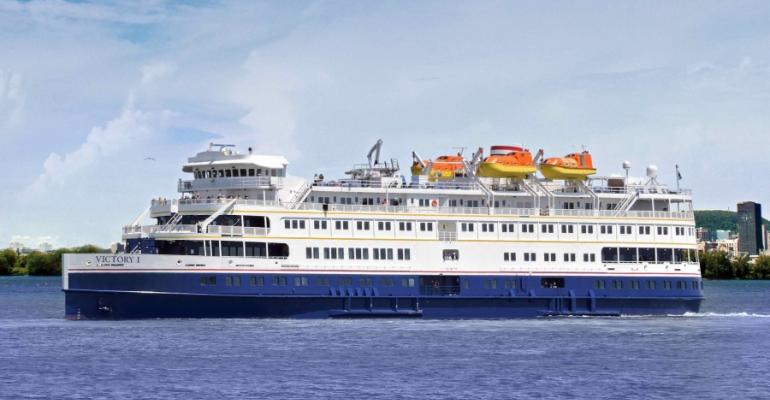 Victory 1 - scheduled to sail July 8 from Montréal to the Great Lakes and Oct. 28 from Port Canaveral to Cuba

Cruise industry veteran Bruce Nierenberg plans to bring back the former Saint Laurent to sail from Montréal and the Great Lakes this summer, with Cuba to follow in November.

Nierenberg's Victory Cruise Lines will operate the renovated Saint Laurent, which previously sailed on charter to Haimark Line, as Victory 1.

The ship's inaugural cruise from Montréal to the Great Lakes is planned to sail July 8. The region will be home to the ship though the summer and early fall this year and next.

'We intend to make our product the standard of excellence for small-ship cruising to the Great Lakes and Cuba, while providing great value for our guests,' Nierenberg said.

Victory Cruise Lines aims to provide high-quality personal service on board. Shore excursions will be included in the cruise fare, along with wine and beer at lunch and dinner at no additional charge.

Nierenberg said his first planned Cuba cruise will be a six-night voyage from Port Canaveral on Oct. 28. It will be the first Cuba cruise ever to depart from Central Florida.

After that, a fall/winter series of three- to 14-day Cuba cruises are scheduled from PortMiami through April 2017.

Nierenberg was one of the first operators to obtain a US license to operate ferry service to Cuba. However, when Cuban officials put ferries on the back burner last year, he teamed with Haimark, which planned Cuba circumnavigations from Miami until filing for Chapter 11 bankruptcy protection last October. Its chartered vessel, Saint Laurent, went back to the owner, Bahamas-based Clipper Group.