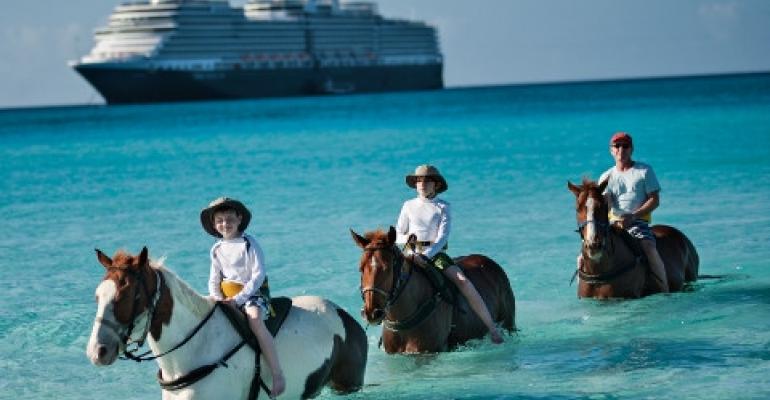 Half Moon Cay is featured on most cruises from Fort Lauderdale
Holland America Line will offer more than 100 Caribbean departures between October and April on eight ships, including the newest, Nieuw Statendam.

Itineraries include the eastern, western and southern Caribbean. Some feature Cuba and others spend a day discovering the Panama Canal. Seven ships will sail round-trip from Fort Lauderdale, while Rotterdam takes over the round-trip Tampa departures.

Koningsdam, Nieuw Amsterdam, Nieuw Statendam, Oosterdam, Rotterdam, Veendam and Zuiderdam will operate three- to 14-day cruises that can be combined into longer, back-to-back Collectors' Voyages ranging from 13 to 21 days.

Nieuw Statendam will kick off its maiden Caribbean season with a four-day cruise to the Bahamas in December. Following its inaugural Caribbean sailing, the ship will feature seven-day itineraries to the eastern and western regions.

In October, Veendam kicks off the season with a series of Cuban Explorer cruises. These seven-, 10-, 11- and 12-day itineraries through March call at Havana and some at Cienfuegos, Cuba, along with other ports in Grand Cayman, Jamaica and Mexico. Veendam also offers a seven-day eastern Caribbean Holiday cruise in December and an 11-day southern Caribbean itinerary in January that do not visit Cuba.

A variety of holiday sailings with special events, meals and activities will be available. As one example, Prinsendam's 14-day Caribbean Holiday cruise departing Dec. 21 from Fort Lauderdale calls at ports in the British Virgin Islands, Guadeloupe, Martinique, Barbados, Half Moon Cay, the Grenadines and Trinidad and Tobago.