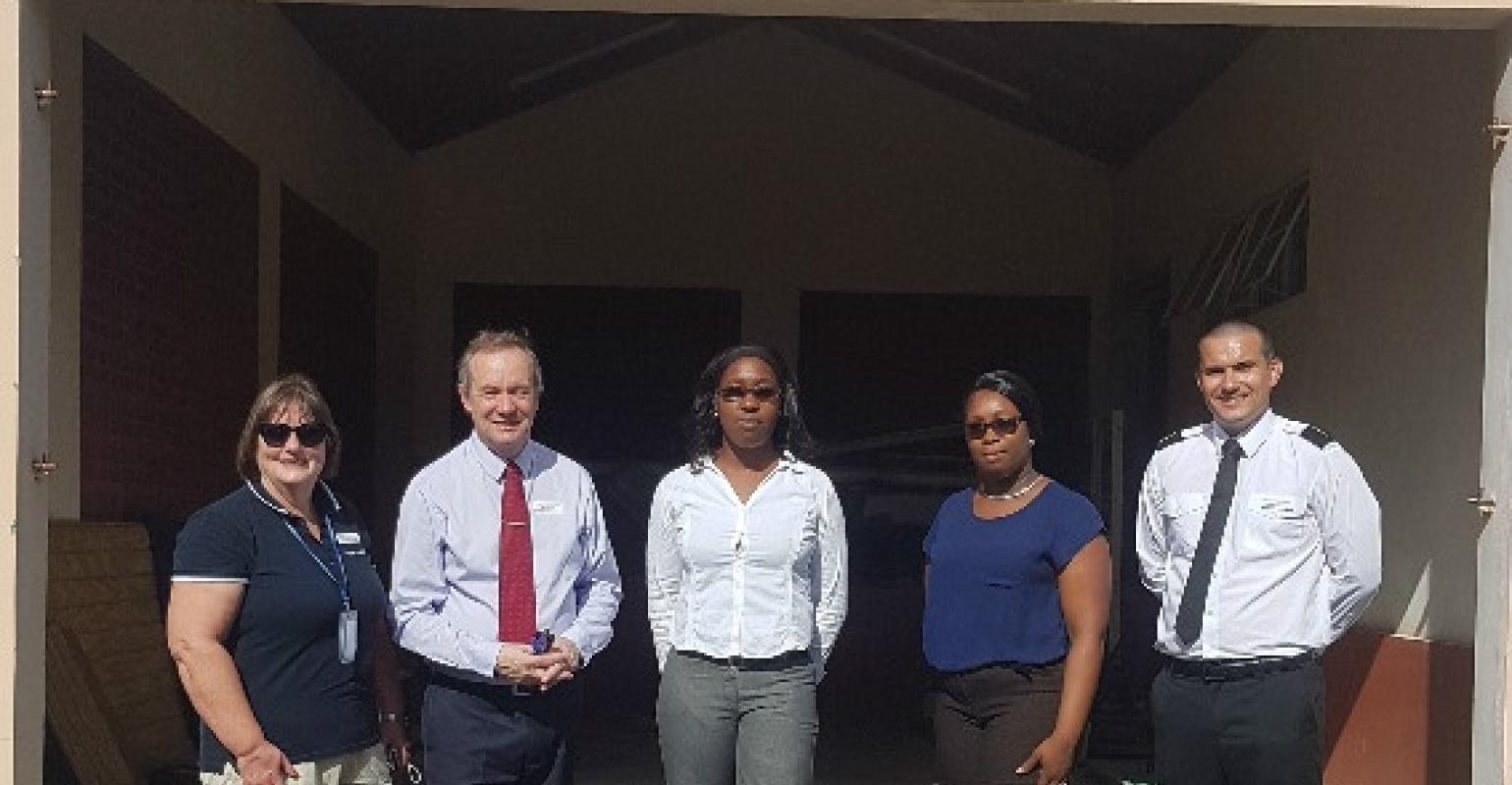 Noble Caledonia representatives pay to see the renovations taking place at Portsmouth Library
Noble Caledonia continued its support of the city of Portsmouth on the Caribbean island of Dominica recently following its devastation at the hands of Hurricane Maria in September 2017.

Dominica was especially hard hit by Maria with over 90% of homes being damaged or destroyed, whole communities decimated and a power and communication blackout across the island.

In early 2018, the Noble Caledonia Charitable Trust (NCCT) chose to support the re-establishment of the community library in Portsmouth, a city on the west coast of the island and which had taken the full force of the hurricane.

The library building, in common with most buildings in the city, had its roof torn off and torrential rains destroyed the contents and building structure.

In January last year, the NCCT donated books, some of which were provided by the tour operator itself and some by its passengers who were invited to help the donation efforts, when Sea Cloud II visited the island.

11 months later in December 2018, another of the operator’s ships, the 90-passenger Serenissima, anchored off the city and Noble Caledonia head of fleet operations, Mike Deegan, who was visiting the ship at the time – accompanied by cruise director Brenda Mcloughlin and (Deck) officer cadet William Thurston took the latest donation of books, old and new and a mixture of novels and reference books, ashore to meet with librarians Alana Sabroache and Vanessa Guiste who were overseeing the rebuilding of the library.

As well as handing over the donation, they were treated to a tour of the building being renovated, and of the temporary mobile library which was in service pending re-opening of the permanent structure, and of the local school which was also benefiting from donated Noble Caledonia books.

Deegan said ‘it was truly humbling to see first-hand the destruction caused by Maria but also the community spirit to rebuild better than before.’

He comtinued, ‘Given the huge re-building task, we are pleased to be able to lend our support to this community which is somewhere we often visit.’

Serenissima was carrying 70 passengers at the time who all stated how impressed they were at the rebuilding efforts. Some also, when hearing of the library donations, presented some last minute books to the local community.