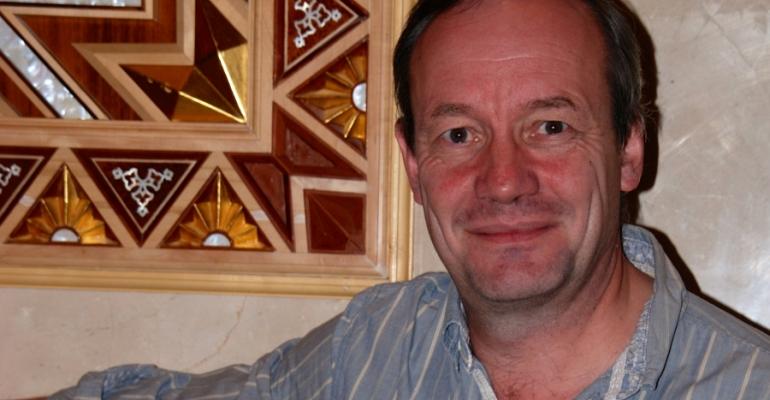 Acquired earlier this year as Sea Explorer, the ship is currently chartered back to its former owner.

Noble Caledonia will charter the ship for 150 days in 2015 before undergoing a major refurbishment next November to emerge as Hebridean Sky in May 2016.

Joining Island Sky and Caledonia Sky, all three vessels were formerly part of the Renaissance Cruises fleet of eight.

Noble Caledonia was established by travel industry expert Andrew Cochrane in 1991. He recently stepped down from the md role to be replaced by his son Tim Cochrane, whilst continuing in a consultancy role. Andrew's daughter Laura heads up marketing for the company.

Now in its 23rd year, Noble Caledonia operates ocean and river cruises worldwide, either using its owned fleet or chartered vessels. ‘We may charter up to 30 something ships in any given year – generally in the 120-150 passenger range,’ commented fleet operations manager, Mike Deegan during a one-to-one interview in Muscat, ahead of the Seatrade Middle East Cruise Forum, which starts Tuesday.

Most third-party ships are booked as voyage charters but the company has chartered 59-cabin Serenissima on a two-year contract. In addition, 40% of owned inventory might be chartered out to other parties in a year, ‘which de-risks the business’, added Deegan.

Currently, Caledonia Sky is sailing in Asia and will remain year-round in the Pacific Rim. Next year, Island Sky will operate in the Med and Indian Ocean and when she joins the fleet, Hebridean Sky will operate turnarounds out of Portsmouth, Leith and Oban on North European itineraries, including Scotland, Norway, Iceland and Spitsbergen.

Noble Caledonia is returning to the Middle East in 2015, after a few years away. Island Sky will undertake one turnaround in Muscat in 2015 including an overnight in the capital, and will add more calls in 2016, Deegan remarked.