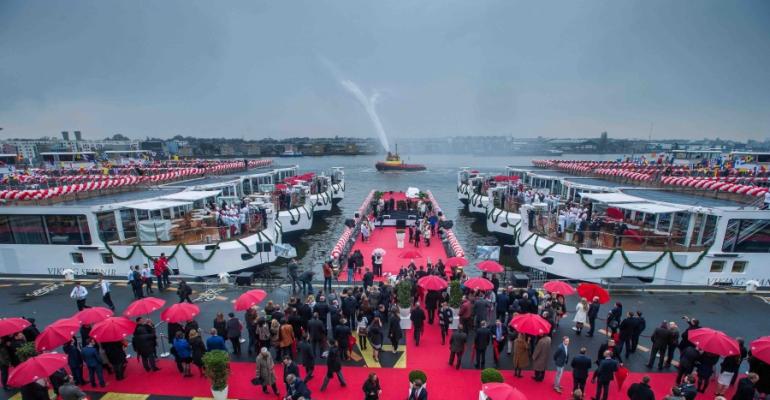 As expected, the North American market has overtaken Germany as the number one source market for European river cruising, IG RiverCruise and the German Travel Association (DRV) announced at the ITB Berlin travel trade fair this week.

A stunning 42.9% year-on-year growth pushed North Americans to the top, while the German source market grew only at a modest 1.9% rate. In total, the European river market recorded 1.33m passengers in 2015, up 20.4% from the previous year.

Viking River Cruises, which introduced a dozen new river ships in 2015, would have had a significant effect on the North American carryings. Among the other operators adding vessels marketed  to Americans were AmaWaterways, Uniworld, Emerald and Scenic.

Some 423,635 river cruises were sold to Germans last year, generating an accumulated turnover of €435.1m, an increase of 10% year on year.

IG RiverCruise and DRV said the growth in terms of passengers could have been stronger but was affected by long-term shallow water periods on both River Rhine and River Danube. This situation led to re-routings and cancellations.

River Rhine and River Danube remained the Germans' preferred destination, but changed their ranking after Danube had stood at the top for many years: With a 7.8% year-on-year growth, River Rhine took over as number one destination, accounting for 38.2% of the market. Danube is following closely behind with 38%.