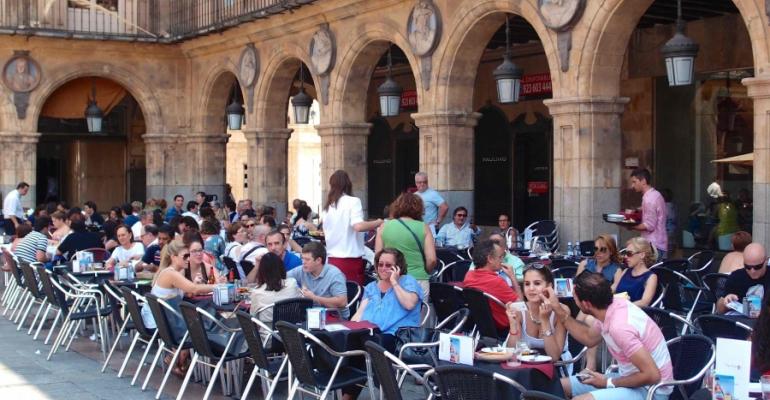 With stable trends in North America following a good wave season, Europe with its macroeconomic issues is currently the 'wild card' for investors, especially given Royal Caribbean's recent guidance of lower on-board spending by non-US cruisers due to the stronger dollar.

Carnival Corp. & plc has the highest itinerary exposure of the three public companies, UBS said, though that's down year over year. And of the three, Carnival sources the largest percentage of passengers in Europe—about 34%. Also, the group has more European-sourced brands that price on-board amenities in local currency so the dollar's strength shouldn't impact those.

The Carnival group has 28% of its capacity in Europe this year, down one point overall from 2014, with the Mediterranean's share dropping to 15% from 17%. Twenty-two percent of Royal Caribbean's capacity is in Europe, unchanged from a mix perspective but up 5% year over year following a 10% reduction in 2013, UBS said.

NCLH's Europe deployment is 23% of total capacity this year, pro-forma, down a point from 2014 and lower than in 2013—not because the company reduced Europe itineraries but because new capacity went into North America.

According to UBS, CCL sources about 34% of its customers in Europe, compared to 28% to 30% for RCL and 15% to 20% for NCLH. The brokerage noted North Americans comprise fewer than half the passengers on RCL's Europe itineraries.

Turning to recent management commentary, RCL shaved 50 basis points off its full-year guidance in April because of lower on-board spending by non-US cruisers, but cited overall solid bookings for Europe with particularly strong demand from North Americans. Western Mediterranean and Baltic itineraries, RCL said then, were experiencing strong demand at better prices, while there was some softness in eastern Mediterranean itineraries, especially those touching Turkey.

UBS noted RCL expects record yield in Europe this summer, and the company opened 2015 at its best booked position ever for all regions.

CCL, meanwhile, has stated European itineraries are 'nicely' ahead on price and occupancy, with booking volumes during wave season in line with company forecasts at higher prices, but lower volumes year over year since these itineraries started filling earlier. CCL said the booking curve for Europe was lengthening.

NCLH had also noted some softness in on-board spending by Europeans in the first quarter, mainly for Norwegian Cruise Line, with overall on-board spending improving for Oceania Cruises and Regent Seven Seas Cruises. Overall, Europe has been strong for NCLH.

Europe is an important sourcing market for cruise operators, and UBS analyst Robin Farley expects that to continue since the region's penetration rate is relatively low.

After European capacity growth averaging 7% the last few years, UBS projects about 4% annual growth over the next five years.

In coming years, CCL's overall capacity growth will average 3%, while its European capacity growth will be 4% to 5%, mainly driven by the addition of P&O Cruises' Britannia and AIDA Cruises' upcoming AIDAprima. Farley thinks AIDA is currently CCL's most profitable brand, so increased European deployment could drive profitability growth for the company more than yield growth, she said.

UBS put RCL’s capacity growth at 5.5% this year, 6.3% in 2016 and 3.1% in 2017. All newbuilds are for its traditional North American sourcing brands, however Majesty of the Seas will be moving to Pullmantur. Plus, the TUI Cruises joint venture has more ships coming.