Norwegian Breakaway delay in NY due to caution on Azipod, currents 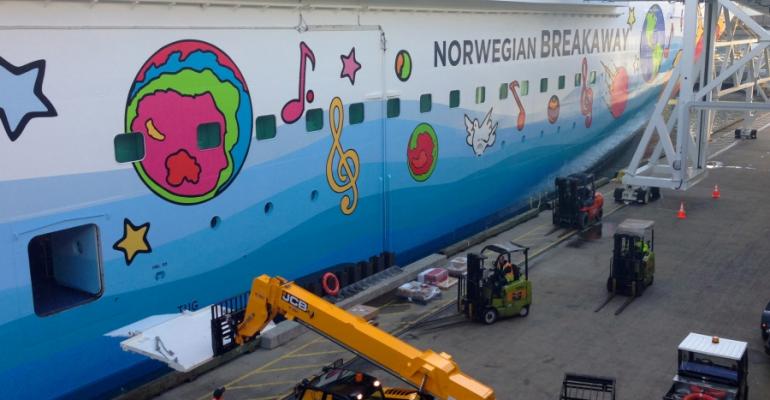 Norwegian Breakaway's return to New York was delayed by three hours Sunday before tugs towed the ship to its Pier 88 berth after it stood by in the Hudson River amid strong currents.

'There was a small technical maintenance item on one of the two Azipods so we were closely monitoring the currents in the river and being very cautious,' Norwegian Cruise Line spokeswoman AnneMarie Mathews told Seatrade Insider.

Though media characterized the ship as 'stuck' in the Hudson, Mathews called those reports 'greatly exaggerated.'

The ship was alongside at about 10 a.m., and embarkation for the next cruise was set back several hours.

Norwegian Breakaway departed at 6 p.m. Sunday and is scheduled to arrive in Bermuda on time, according to Mathews.