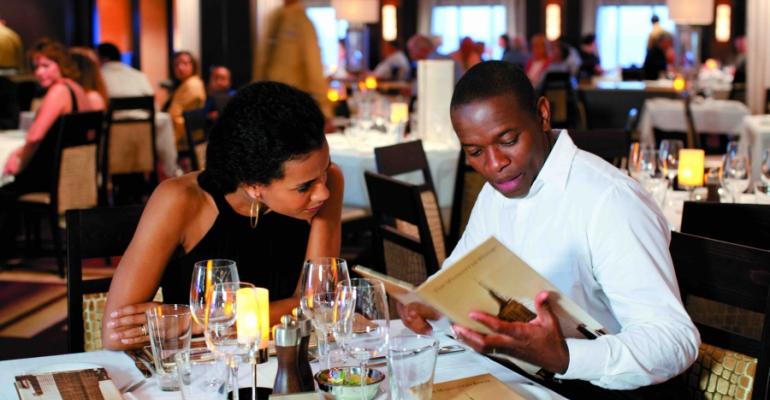 Norwegian Cruise Line pulled together a number of initiatives including ship refurbishments—two already completed, private islands and elevated service and culinary standards into an encompassing program. It's called 'The Norwegian Edge' and represents a $400m investment over two years, begun in 2015 and extending through 2017.

Norwegian president Andy Stuart hopes the new standards will entice travelers to 'return again and again to ships that will look and feel as if they were just delivered, with all new menus and new dining experiences, visiting incredible exclusive destinations that reflect the quality finishes, amenities and outstanding service found across the Norwegian fleet.'

The refurbishments aim to transform many spaces on nine ships to more closely resemble the line’s newest additions. They began in October with Norwegian Epic, followed by Norwegian Gem in November.

Beginning Jan. 31, Norwegian will expand the new specialty dining menus that debuted on Norwegian Escape across the fleet. These are at Cagney’s Steakhouse, Le Bistro and La Cucina, plus there are new offerings at Moderno Churrascaria and Teppanyaki that give more options and new flavors. The menus include traditional French favorites at Le Bistro such as Bouillabaisse, pan-seared jumbo bay scallops and veal medallions with sauce morrel, and a more robust menu at La Cucina featuring antipasti, risotto and traditional secondi courses like Osso Buco alla Milanese or pan-seared sea bass filet.

Also on the dining front, Norwegian is expanding training and certification for its culinary and dining teams. All executive chefs, executive sous chefs and other culinary staff are certified by American Culinary Federation. In addition, the line is working toward a certified service training program to include all guest-facing positions, and three new training and development centers have opened across the globe to help train crew prior to their working on board.

Norwegian said existing partnerships with culinary experts for food and beverage outlets are to be expanded, with more information after each ship's drydock.

When it comes to private islands, the line is developing Harvest Caye, Belize, which will have an expansive pool, exclusive beach, shallow lagoon for water sports, luxury cabanas and more features. As recently reported, the destination's opening has been delayed nine months, until mid-November.

New features are in store for Great Stirrup Cay. They'll be detailed later this year and are said to complement experiences found on the ships, including private spaces, luxury relaxation areas, multiple food and beverage outlets and interactive activities. This follows 2014 upgrades to Great Stirrup Cay.