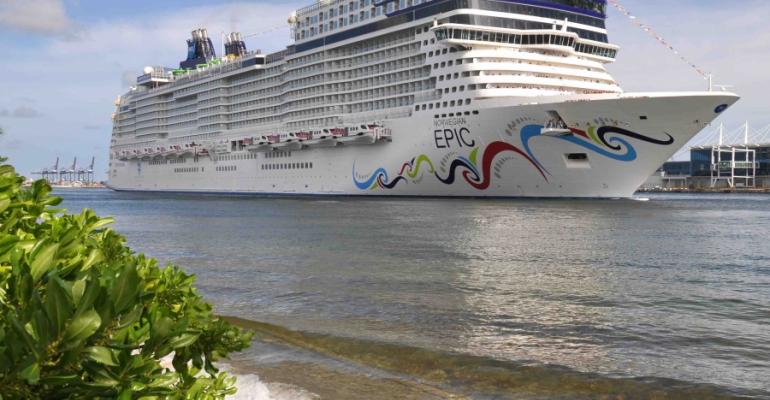 A return to Asia and Australia after a long gap, the brand's first cruises in the Arabian Gulf and India and Norwegian Epic sailing seasonally from Port Canaveral are all part of Norwegian Cruise Line's fall/winter 2016/17 schedule.

The program gives travelers the chance to explore areas of the globe that Norwegian hasn't visited in many years and some that are brand new, according to president and chief operating officer Andy Stuart.

Cruises to Asia will operate on Norwegian Star, with itineraries from Istanbul, Dubai, Singapore, Hong Kong, Sydney and Auckland—marking the line’s return to Asia and Australia for the first time since Norwegian Wind in 2001/02 and first-ever visits to the Gulf and India.

Norwegian Epic will continue to spend summers in Europe but return to the US in the fall as Norwegian’s newest and largest ship to homeport in Port Canaveral, offering three-, four- and seven-day eastern and western Caribbean and Bahamas itineraries.

Expanded South America offerings include cruises of seven to 20 nights, with embarkations in Buenos Aires, Valparaíso and Rio de Janeiro.

In addition, Norwegian Jade will now sail seasonally in the winter months from Tampa to the eastern and western Caribbean, while Norwegian Jewel will offer two new 14-day Panama Canal cruises from Los Angeles and Miami in February 2016 and two in February 2017.

The new itineraries will be available for booking later this month. Sales for the Caribbean cruises open Aug. 19 and for all other destinations on Aug. 24.