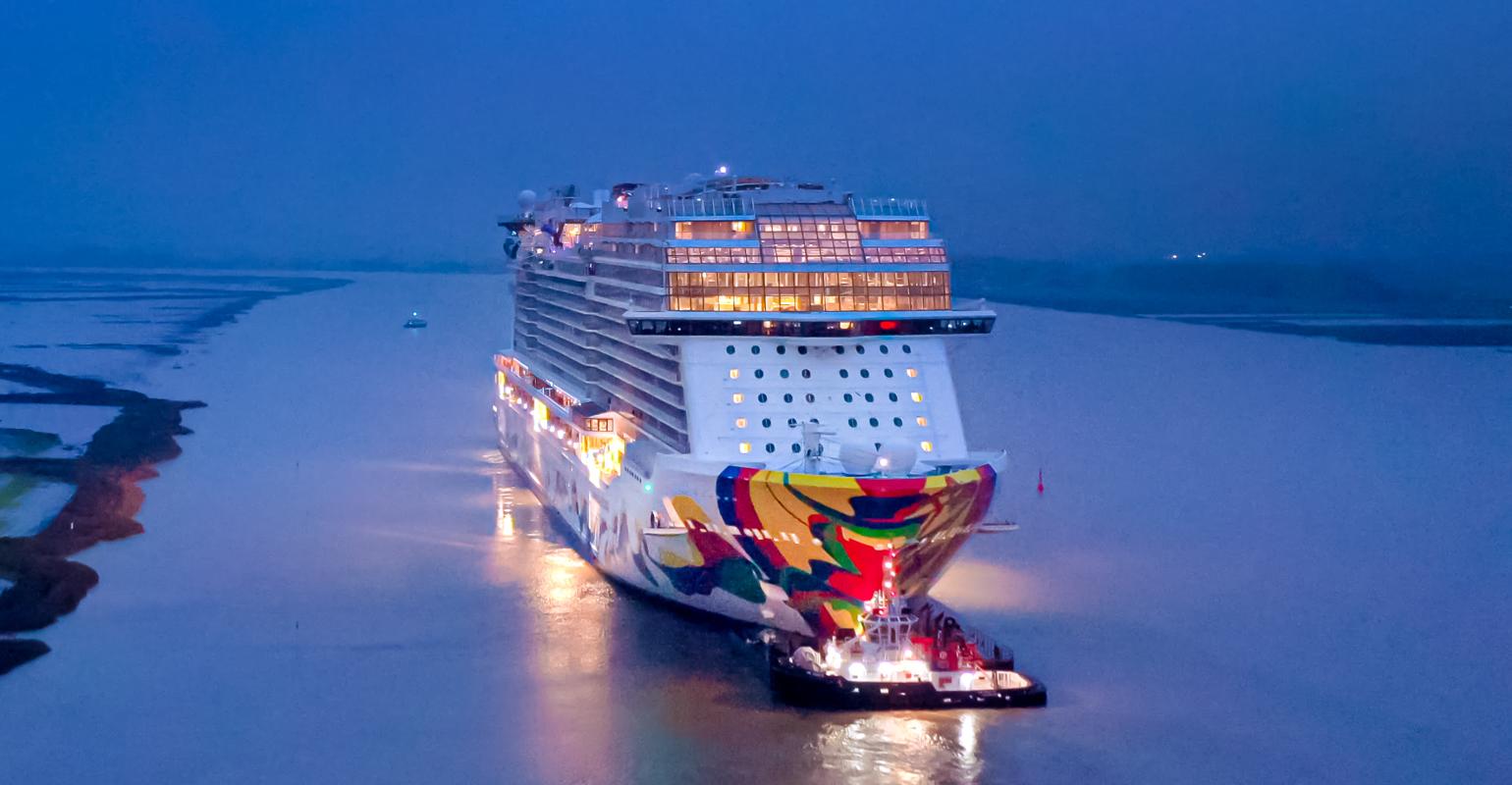 Guided by tugs, Norwegian Encore made its way along the Ems River to Eemshaven on the coast

Norwegian Encore reached the North Sea after its conveyance down the Ems River from Meyer Werft in Papenburg to Eemshaven on the coast.

The Breakaway Plus-class ship is scheduled for delivery to Norwegian Cruise Line on Oct. 30, with its naming festivities to take place in Miami on Nov. 21.

Norwegian Encore will feature the world’s longest race track at sea, 1,100 feet, with four high-speed curves extending up to 13 feet over the side of the ship. A nearly 10,000-square-foot outdoor laser tag arena with have augmented reality elements. Further diversions include a new escape room and interactive theater experiences in the 10,000-square-foot Galaxy Pavilion.

Onda by Scarpetta and 'Kinky Boots'

The ship will debut a new elevated Italian dining experience, Onda by Scarpetta, in collaboration with LDV Hospitality. And the Tony Award-winning musical ‘Kinky Boots’ will headline the entertainment, with returning guest favorites ‘The Choir of Man,’ ‘Happy Hour Prohibition: The Musical’ and the rocking Beatles cover band of The Cavern Club.

As part of a recent partnership with JUST Goods, Norwegian Encore will be the first ship in the company to be free of single-use plastic bottles.

Norwegian Encore will offer weeklong voyages to the Eastern Caribbean from PortMiami, Bermuda and Canada/New England cruises from New York beginning April 22 and Western Caribbean voyages from Miami beginning Dec. 12, 2020. In spring 2021, the ship will make its US West Coast debut and sail to Alaska from Seattle.