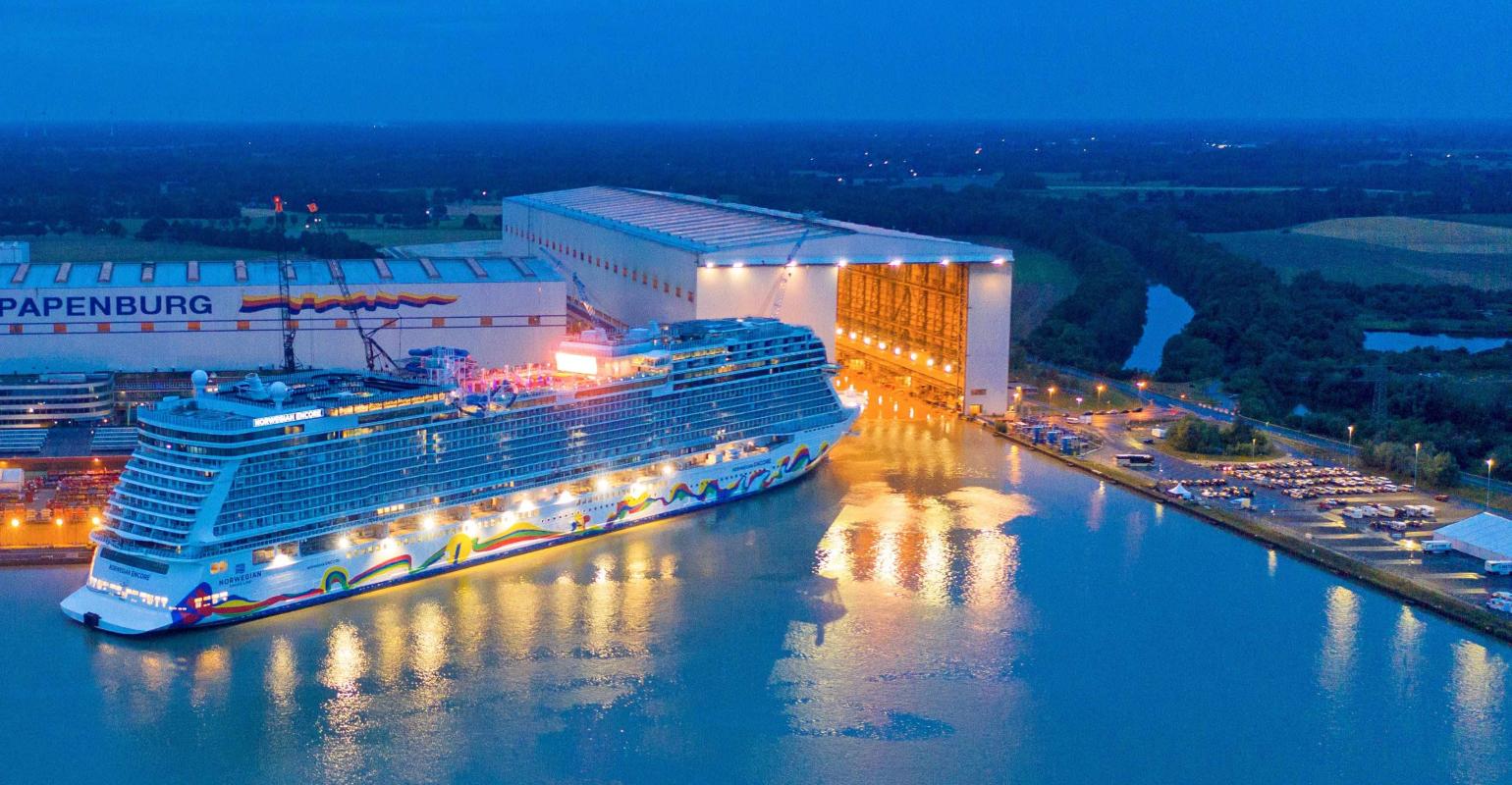 Norwegian Encore is floated out at Meyer Werft

The ship will get its funnel cladding and remain at the yard's outfitting pier for the final phase of construction before its scheduled conveyance along the Ems River to the North Sea at the end of September.

The ship is scheduled for delivery on Oct. 30, with its naming festivities to take place Nov. 21 in Miami.

Beginning April 22, 2020, the ship will sail from New York on Bermuda and Canada/New England voyages. Western Caribbean service from Miami begins Dec. 12, 2020; and in spring 2021, Norwegian Encore will make its West Coast US debut and sail to Alaska from Seattle.