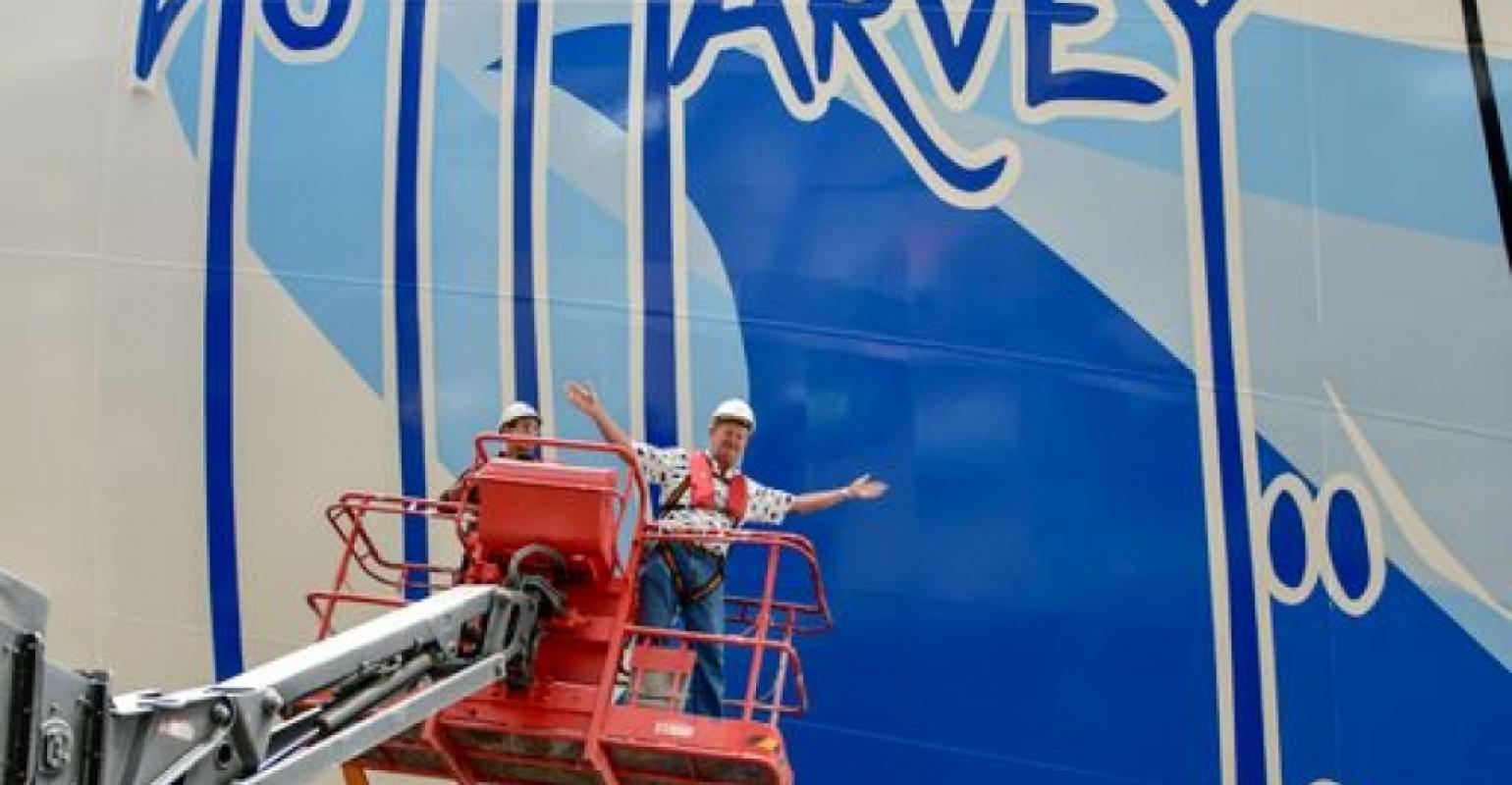 Guy Harvey with his signature and artwork on Norwegian Escape's hull

Marine wildlife artist Guy Harvey laid eyes upon his largest canvas—the hull artwork on Norwegian Escape—for the first time this week during a visit to Meyer Werft in Papenburg.

Spanning more than 1,000 feet in length from bow to stern, the artwork features a scene that blends two underwater seas together. Together with Harvey’s signature sailfish, the design showcases Caribbean sea life including sting rays, sea turtles, whale sharks and a variety of tropical fish.

'I’m so proud to showcase the incredible marine life of the Caribbean on the largest canvas a human could possibly paint,' Harvey aid. 'After weeks of work, the artisans at Meyer Werft have done an incredible job of recreating my art on such a vast format. I’m overjoyed at the level of detail that has been achieved and I can't wait to see Norwegian Escape in her element out on the ocean.'

Norwegian Escape will sail year-round from PortMiami starting in November.

Creating the artwork was a complex process beginning with a laser that projected the design onto the hull. A team then outlined the art onto the curved surface, penciling in the lines and later taping the edges in preparation for applying the paint by hand.

'We had great expectations for this artwork, which reflects the marine life of the spectacular waters on which this ship will sail,' said Andy Stuart, president and chief operating officer of Norwegian Cruise Line. 'Guy’s vision for Norwegian Escape’s signature artwork is the perfect complement to everything this ship stands for.'

Harvey, a champion of ocean conservation, builds his artistic talents on his background as a marine biologist, diver, photographer and angler. His Guy Harvey Ocean Foundation funds scientific research and educational programs. Foundation-produced documentaries will air on cabin television aboard Norwegian Escape to educate travelers about marine conservation.