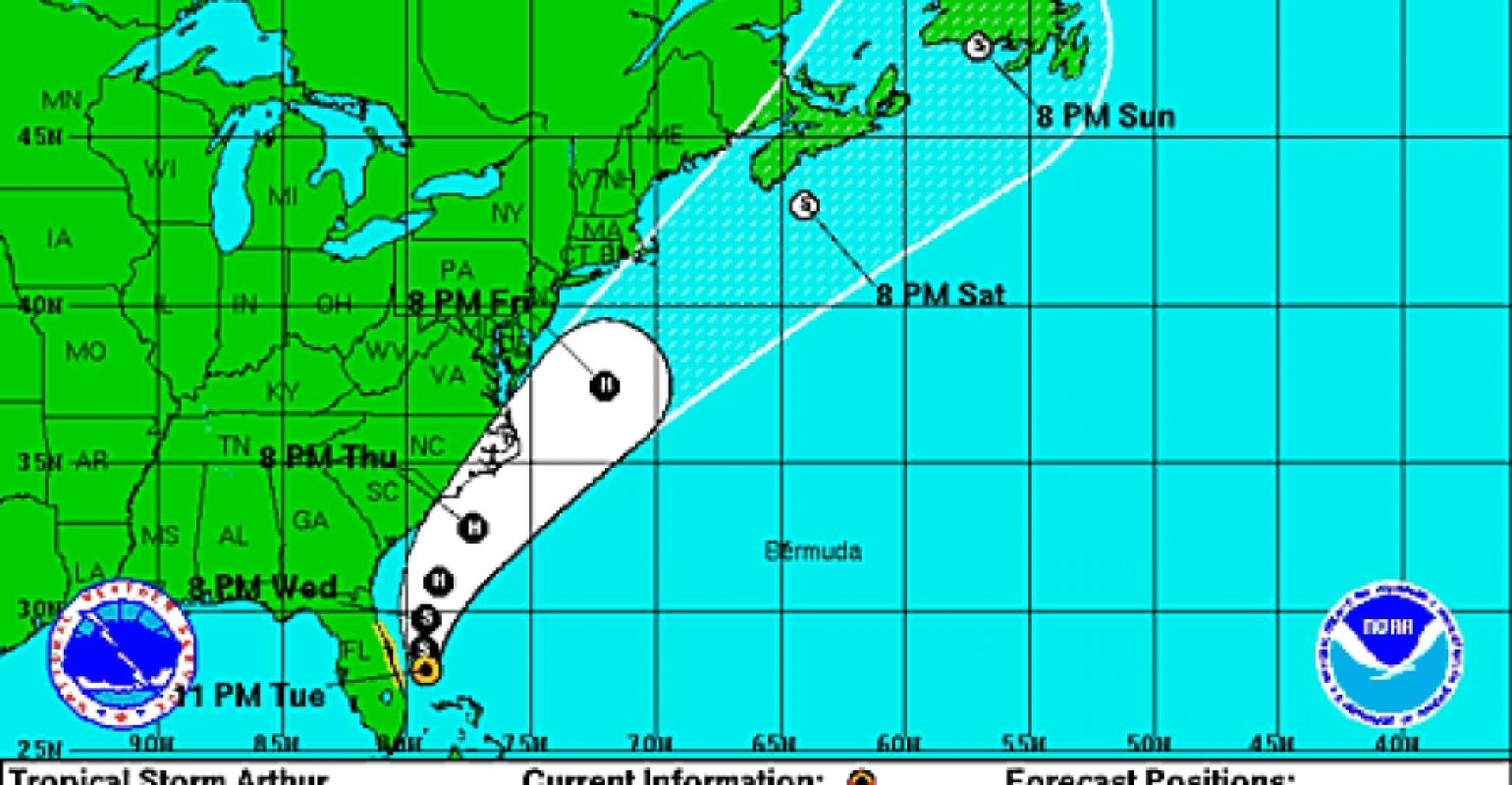 Norwegian Gem is calling at Nassau on Tuesday instead of at Great Stirrup Cay as planned. The Norwegian Cruise Line ship is due to depart at midnight and begin its return to New York City to stay ahead of the storm in more pleasant weather.

Norwegian Gem is scheduled to return to New York on Saturday.

A tropical storm watch is in effect for Florida's east coast from Fort Pierce to Flagler Beach.

Arthur's maximum sustained winds are near 50 mph/85 km/h, with higher gusts. Strengthening is forecast during the next 48 hours and the storm is expected to become a hurricane by Thursday.

The National Hurricane Center in Miami advised interests along the US East Coast from the watch area through southeastern Virginia to monitor the storm's progress. Tropical storm and hurricane watches will likely be required Wednesday morning for portions of this area.