Norwegian Gem will gain new features, scrubbers while in service, not in dock 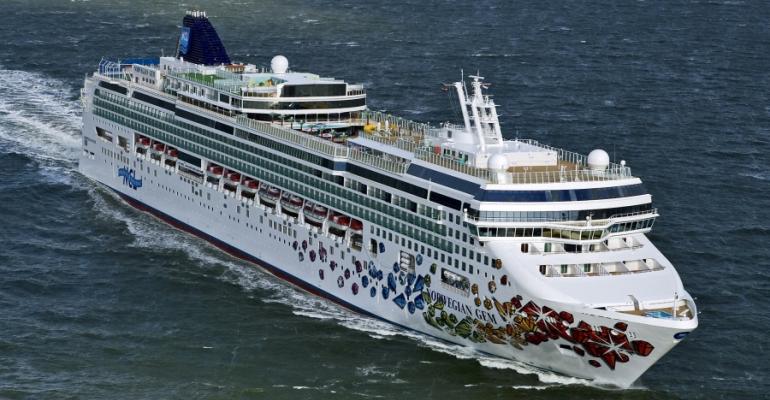 Norwegian Cruise Line costs, excluding fuel, for the remainder of 2014 are projected to be flat or down slightly (flat or up slightly in constant currency), in part because of shifting a drydock from the fourth quarter to 2015.

The change represents a benefit of $2m to $3m, net of the costs for work on Norwegian Gem which will be carried out, instead, while the ship is in service, according to cfo Wendy Beck.

The drydock had been moved forward so the company could add Norwegian NEXT features like O'Sheehan's Neighborhood Bar & Grill and relocate Moderno Churrascaria, along with installing exhaust gas scrubbers.

'These projects are, instead, being carried out while the ship is in service,' Beck told analysts during the company's third quarter earnings call. Some cabins will be used to house workers.

The 2007-built Norwegian Gem's docking for statutory requirements will take place in 2015, as originally scheduled.