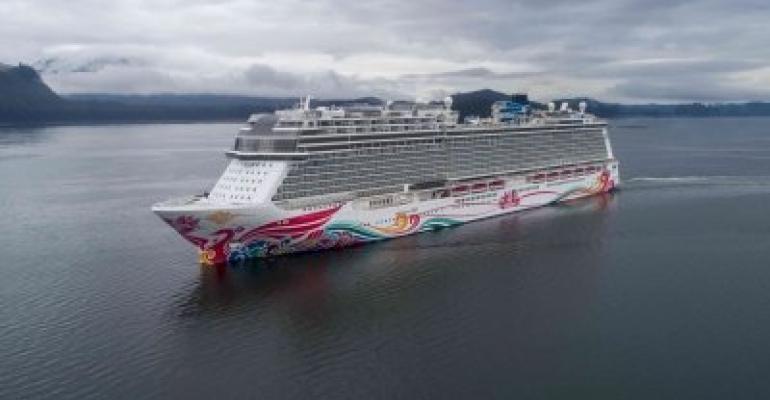 A striking destination in the Tlingit village of Hoonah, Icy Strait offers a Native-owned and operated experience featuring more than 20 excursions, including whale-watching, a zip line and ATV and Jeep expeditions.

After Alaska, the Panama Canal

Norwegian Joy will continue to cruise to Alaska through Oct. 5, before repositioning to Los Angeles for its first Panama Canal sailing to Miami on Oct. 11. In late November the ship will return to the West Coast after a series of Panama Canal-Caribbean cruises from Miami to begin a Mexican Riviera season from Los Angeles until Jan. 17.

It is scheduled to be completed for the 2020 Alaska season and will be built to accommodate Norwegian Cruise Line’s Breakaway Plus ships. The partnership will provide Norwegian and sister brands Oceania Cruises and Regent Seven Seas Cruises with preferential berthing rights and allow the company to increase its calls there.

During 2019, in addition to Norwegian Joy, NCLH ships scheduled to visit are Norwegian Jewel, Regatta and Seven Seas Mariner.