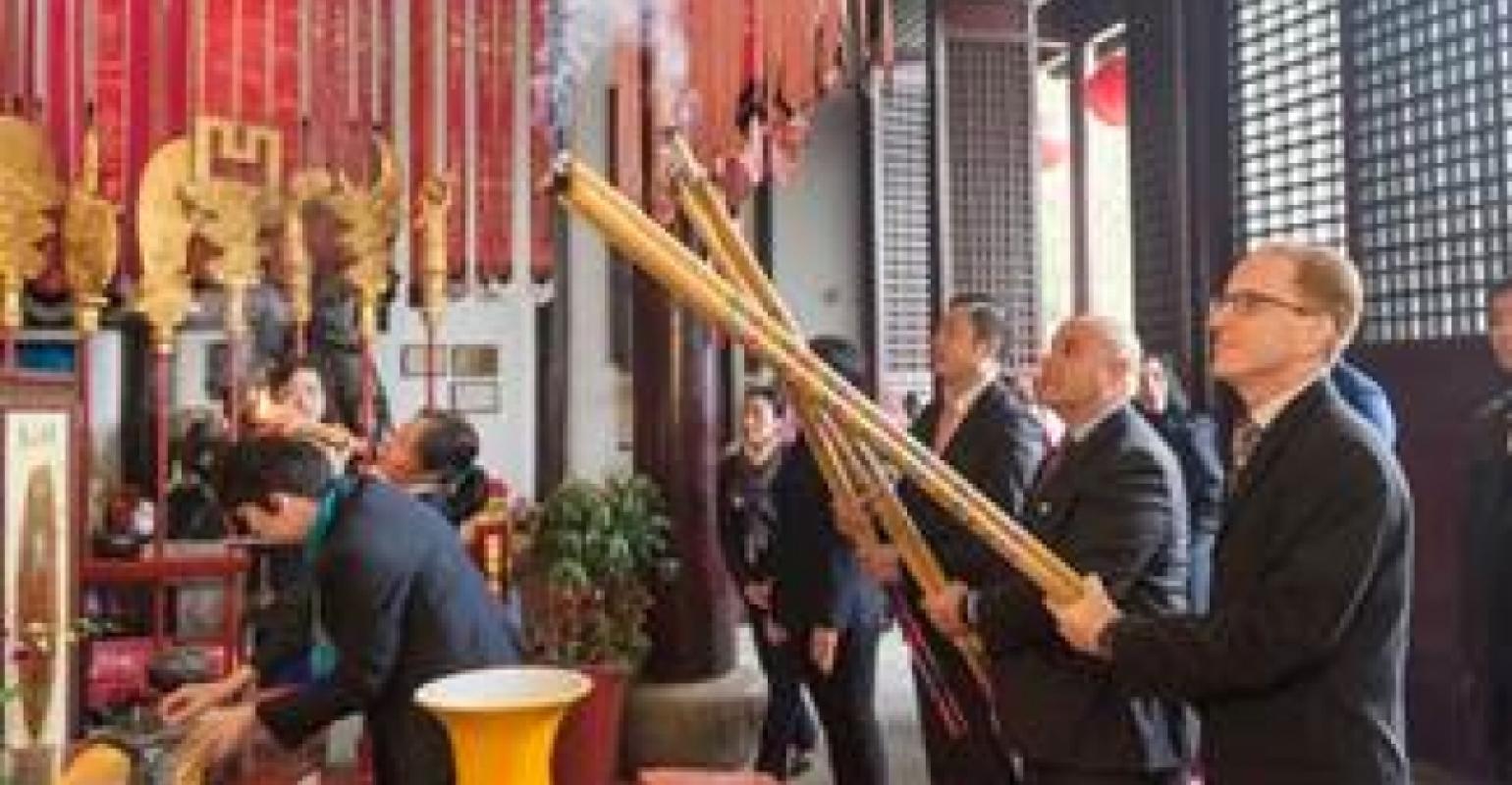 Blessing the coin - NCLH executives took part in a prayer and pledge ceremony to the Chinese goddess of the sea, Mazu 媽祖, in Shanghai

'Norwegian Joy is yet another evolution for Norwegian Cruise Line and we know the outstanding work of the teams at Meyer Werft will truly make her a first class vessel,' Stuart said.

A special commemorative coin featuring the ship was created for the event. In a ceremony held at the Xing Tian Temple at Fang Ta Park in Shanghai on March 31, NCLH China executives gathered for a traditional prayer and pledge ceremony to the Chinese goddess of the sea, Mazu 媽祖, to bring blessings to the coin, the ship and all who sail on her. The coin was then placed under the keel.

'We are thrilled to build a totally new ship which is designed for the fast growing Chinese market and will be delivered in just 12 months,' Meyer Werft managing partner Bernard Meyer said.

Due to enter service in summer 2017, Norwegian Joy will sail from Shanghai and Tianjin.

Newly promoted NCLH China president Herrera said every element of Norwegian Joy is being carefully designed to create a 'First Class at Sea' experience that will exceed the expectations of Chinese guests.

Norwegian Joy will offer a multitude of VIP accommodations, from exclusive suite complex The Haven by Norwegian to a new concierge level and what NCL said would be the most family-friendly stateroom options in the fleet.

Experiences will include a technology-driven interactive Galaxy Pavilion outfitted with bumper cars and car racing simulators, while the ship’s top decks will feature the first race track at sea and laser tag, along with two waterslides and a serene open space for relaxation and renewal.

There will be luxury shopping boutiques with renowned global brands in fashion, jewelry and electronics, too.