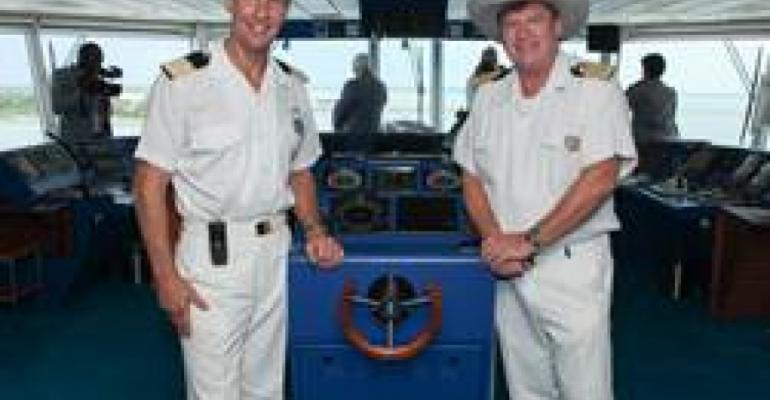 The 2,376-passenger Norwegian Jewel embarked on the first of 27 western Caribbean cruises through April 11.

During a ceremony on board, Norwegian Jewel Capt. Kenneth Harstrøm tipped his new cowboy hat to the great state of Texas, as he welcomed officials from the Port of Houston Commission including Port Commission Chairman Janiece Longoria.

Longoria expressed excitement about the economic impact Norwegian Jewel will have on the city of Pasadena and the greater Houston region. According to an independent research firm, one sailing season will create nearly 100 jobs and $50m economic impact locally, she said.

On its inaugural voyage from Houston, Norwegian Jewel will become the first large cruise ship to call in the western Caribbean’s newest cruise port of Banana Coast, the deep-water Bay of Trujillo, Honduras, on Wednesday. Other stops include Cozumel and Belize City.

The ship recently underwent an extensive refurbishment and was the first in Norwegian’s fleet to be retrofitted with O’Sheehan’s Neighborhood Bar & Grill, a casual pub eatery. In addition, the Brazilian-style steak house Moderno Churrascaria was relocated to a more intimate setting on Deck 13 and the Sugarcane Mojito Bar, introduced on Norwegian Getaway, was added adjacent to the restaurant.