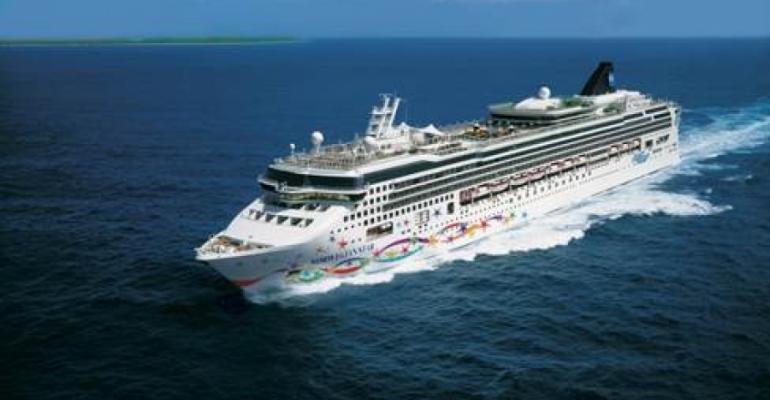 Norwegian Star - will operate from Copenhagen during the summer

Norwegian Star follows Norwegian Jewel as the third in the fleet to receive new features since the NEXT refurbishment program began in 2014.

The previous $15 cover charge for the Asian fusion restaurant, Ginza, was eliminated. In addition to a full complimentary menu that now includes dishes from a dedicated Noodle Bar such as traditional Chinese noodles, wok-fried specialties and dim sum favorites, Ginza added à la carte offerings such as Japanese Hot Rock Ishiyaki for a fee and a sushi menu developed by expert sushi chef Yuki Ieto. The new sushi and sashimi pieces such as the Sashimi Hamachi Poblano, Ten Shades of Grey Roll and more will be served at the restaurant’s sushi bar, or diners can choose from four specialty rolls on a moving sushi belt.

Other work included updates to the casino, photo gallery and pool deck, new carpets and flooring throughout passenger areas, window replacements and upgrades in galley areas. Norwegian’s digital signage, introduced on Norwegian Breakaway, was added, too. The interactive touch-screen signs allow passengers to order specialty items, get directions and reserve dining and shore excursions by scanning their stateroom key.

Norwegian Star will spend the summer sailing from Copenhagen on seven- to 14-day cruises to the Baltic capitals and Norwegian Fjords.