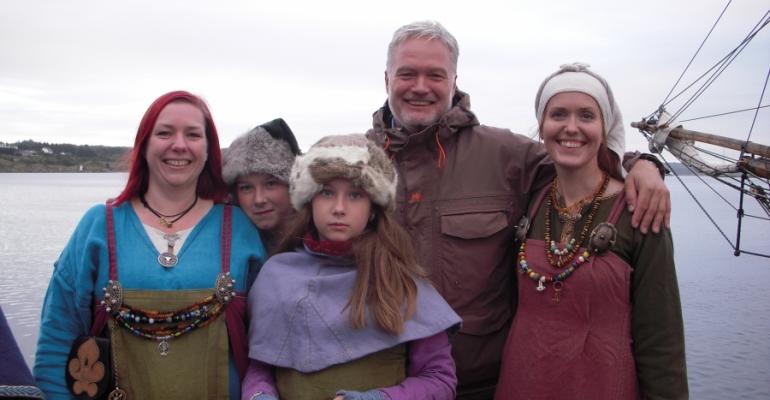 24 ports and destinations from Cruise Norway descended upon London last week for the association's annual workshop with UK cruise line planners. Joining for the first time were executives from AIDA Cruises, Pullmantur and Viking Cruises along with representatives from Cruise & Maritime Voyages, P&O Cruises/Cunard, Noble Caledonia, Saga and Fred Olsen.

Tor Johan Pedersen, senior advisor at Innovation Norway which works closely with Cruise Norway in developing destination offerings said fjord Norway saw a 46% increase in cruise business between 2010-2015, and the northern part of the country had seen 48% growth whilst ports in the east had witnessed a 6% decline.

Citing the results of a summer 2014 survey, Pedersen said the fjords are still the biggest draw chosen by 8 out of 10 of those questioned as the must-see place.

Each of the 24 ports attending the workshop gave a nine minute presentation of what's new this year and beyond, starting in the extreme southeast and working along the coast line finishing with Svalbard/Spitsbergen.

Locally brewed beer and wine tasting at the world's northenmost winery in Telemark or family park and feeding baby Moose experience in Kristiansand are popular at these two destinations. Pulpit Rock is a major draw from Stavanger which is expecting 162 ships and 303,000 passengers in 2016 up from 252,000 last year.

Haugesund's marketing slogan is 'Homeland of Viking Kings'. It offers 28 tours to choose from with the Viking Village tour delving into the everyday lives of their food, activities and traditions presented by character actors proving very popular with cruise passengers.

Flam is set to launch a new fjord sightseeing boat this month called Vision of the Fjords. The 400 passenger hybrid boat is battery powered amd offers personal guiding in several languages and 360 degree view of the surrounding landscape through large windows.

New port Kalvåg is located at the southen entrance to Nordfjord. A small fishing village with 478 inhabitants it offers 100 hiking trails for every age and physical ability, white tail eagle safaris and deer farm visit and can accommodate ships at two 140mr long berths.

Olden, which can accommodate any size ship alongside plus two at anchor, is opening a new cable car to Mt Hoven 1,011ft above the fjord next year.

30 tours are on offer for cruise lines calling at Geiranger but proving popular is a one hour fjord cruise on a 'silent boat' with head sets offering translation in 12 languages. A new viewing platform has opened at Dalsnibba, 1,500 mtr avove the fjord.

A new lighthouse visitor centre is opening at Alnes in 2017 for passengers arriving in Aalesund however still the most popular attraction are the 418 steps rising from the centre up to the viewpoint overlooking the town and harbour.  A platform half way up has become the 'selfie-spot' for all tourists.

Eresfjord, a third option (anchor) port as part of the Molde-Andalsnes destination, welcomed its first cruise ship Amadea last week while a few ports offer access to the Atlantic Road experience, Kristiansund can claim to be the closest.

90% of passengers visiting Bronnoysund go to Torghatten and take a 20 minute hike to the magic mountain to see its naturally carved viewing hole.

Bodo is keen to become an established Arctric turnaround port having conducted turnarounds in the past and the port is a short distance from the local airport which can handle 747-size aircraft. The port is dredging its 350mtr long berth and will be able to take ships the length of Brittania, Regal Princess and MSC Divina from 2018.

Lofoten is a offering a 'two for one' on port charges for ships staying overnight as its pushes to attract more Midnight Sun as well as Northern Lights-related calls.

The daily life of a Sami family is the biggest seller for passengers calling at Vesteralen's 450mtr long berth but new is the National Museum of the Fishing Industry.

In Narvik, the new and much larger and interactive War Museum is open and for ships overnighting, a stay in a log cabin inside the Wolves Den in Polar Park is a unique experience gaining in uptake. Next year, the trains crossing over the border into Sweden will be timed to coincide with calling cruise ships rather than on a fixed timetable.

The Arctic Arts Festival in Harstad in June brings the world's northernmost inhabited archipelago to life with numerous musical performances across the entire city.

Tromso is building a new passenger terminal at the city centre berth and once completed in 2018 it will be used by the Hurtigruten service freeing up a 300mtr long dedicated cruise berth in the city centre.

Visitors have been arriving at North Cape by sea since 1807. The ships used to anchor in Hornvika and passengers walked along the coastline and up to the top. The original pathway is being re-built so modern day visitors can relive the experience and enjoy a glass of champagne when they reach the top of Norway. New from next month are helipcopter tours.

The final presentation of the day went to Svalbard and cruise port of Longyearbean, located at 78degrees north. New for passengers arriving this season, running from June 1 through to August 19, 2016 is food and drink-focussed offering with beer from a micro brewery, locally hand-made chocolate and bottled water from a nearby glacier.