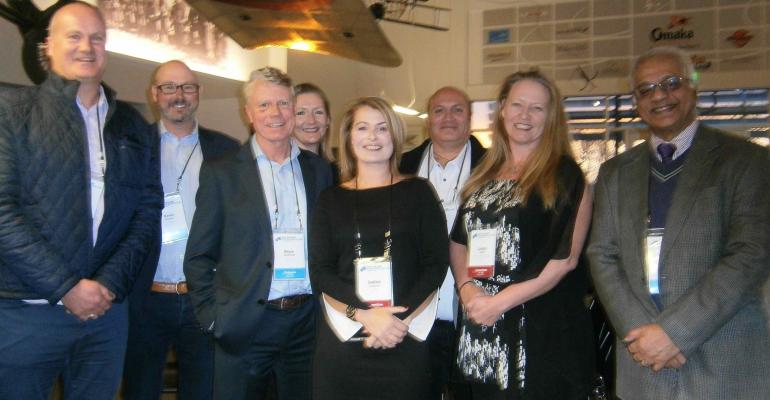 The New Zealand Cruise Association will hold its 2019 annual general meeting and conference in Auckland on August 22-23, it was announced at this year’s event in Blenheim.

Although last week marked the organisation’s 23rd agm, its first open annual conference was held in Auckland in 2013. Since then it has been held in the alternative ports of Napier, Wellington and, now, Blenheim, every second year.

Debbie Summers, executive director of major cruise ground handler ID New Zealand, was re-elected chairman for the third year and Leigh Robins of Ports of Auckland is the new deputy chair, replacing Karen Thompson-Smith, who has moved to Canada.

The theme of this year’s conference at the Marlborough Convention Centre was ‘Balancing Cruise Growth.’ It attracted 188 delegates including representatives of Samoa, Tahiti, Asia, Pitcairn and Australia, as well as ports and tourist operators around New Zealand.

The welcome reception was held at the Omaka Aviation Heritage Centre with exhibits from World War I and World War II and aircraft owned by New Zealand filmmaker Sir Peter Jackson of 'The Hobbit' fame.