Oasis of the Seas is centerpiece of record Barcelona cruise weekend 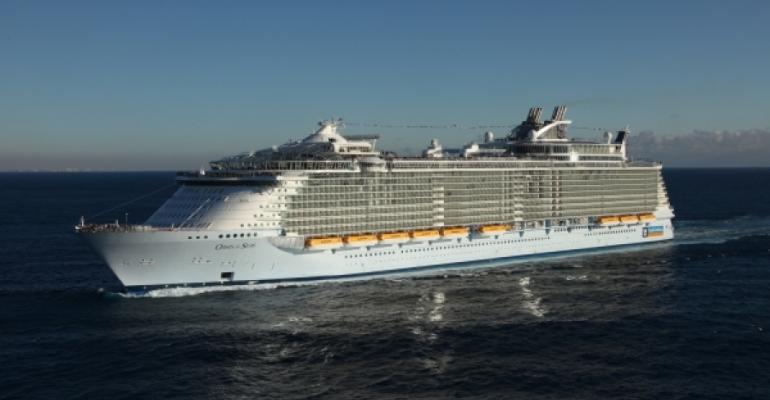 Royal Caribbean International's Oasis of the Seas arrived in Barcelona on Saturday under sunny skies and was handled efficiently at Creuers del Port de Barcelona's Terminals A and B, each unit processing half of the passengers as though they were disembarking from a 3,000-passenger vessel.

Carles Domingo, in charge of the terminals, told Seatrade Insider all had gone according to plan, with passengers ashore within about an hour and a half after clearance. Noticeable, however, were lengthy passenger queues for taxis.

Looking to the 2015 deployment of sister ship Allure of the Seas from Barcelona for a 25-departure spring and summer season, Wangüemert told Seatrade Insider reservations are going well, aided by incentives for early booking. She estimated around 20% of the passengers on Oasis of the Seas' short cruises this month from Barcelona are Spaniards.

Port chairman Cambra called Oasis of the Seas the centerpiece of this season's record weekend for cruise operations. Between Friday and Sunday, a total of 15 calls were scheduled to deliver and embark more than 58,000 passengers. Nine of the calls are turnarounds.

A large number of Seatrade Med delegates are to tour Oasis of the Seas and have lunch on board Sept. 18, following the Barcelona event's concluding morning conference session.