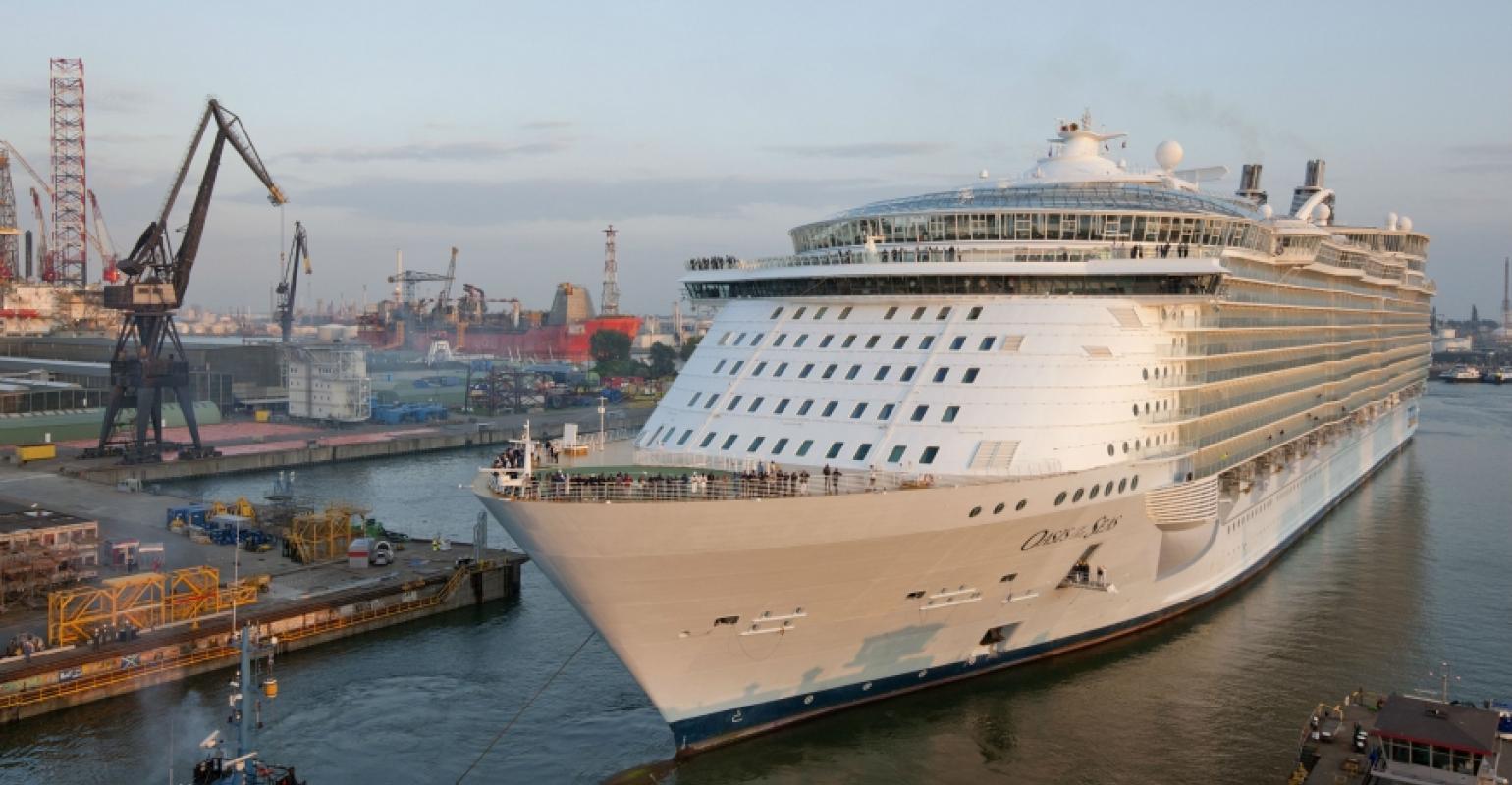 Oasis of the Seas entering Keppel Verolme shipyard in Rotterdam

Oasis of the Seas’ drydocking in Rotterdam in full flow

Oasis of the Seas is currently in the Keppel Verolme shipyard in Rotterdam undergoing a planned five-year routine maintenance. Built in 2009, it is the vessel’s first drydocking and part of a first return visit to Europe since leaving the shipyard in Finland. Oasis arrived in Europe last month for a short series of cruises ex-Barcelona.

The Royal Caribbean International vessel arrived in Rotterdam last week and will stay in drydock for almost two weeks before departing from Rotterdam Cruise Terminal on October 14 for a 13-night trans-Atlantic cruise to Port Everglades, including a UK stopover in Southampton to pick up passengers on the following day.

When 225,282gt Oasis of the Seas arrives in Southampton on October 15, it will be 40% larger than any other cruise ship to ever dock in the UK.