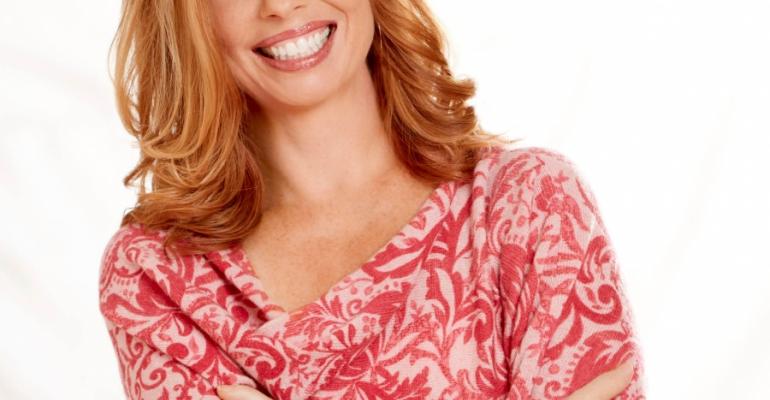 Cookbook author Claudine Pépin, the daughter of master chef Jacques Pépin, has been named the godmother for Oceania Cruises' Sirena. She will preside over festivities in Barcelona on April 27.

Jacques Pépin has been Oceania Cruises’ executive culinary director since its inception. His involvement with the line has blossomed into a family affair, with Claudine joining him on Oceania’s annual Jacques Pépin Cruise to co-host special culinary events and cooking demonstrations.

He added: 'If the culinary world had a royal family, it would be the Pépin family. As we continue to expand upon our finest cuisine at sea offerings, we are excited to deepen our relationship with the Pépin family and absolutely thrilled to have Claudine serve as godmother for Sirena.'

An acclaimed cookbook author and regular co-host on Jacques' PBS show 'Heart and Soul in the Kitchen,' Claudine will officially name Sirena by breaking a bottle of Champagne on the hull during an intimate pier-side celebration in Barcelona. Following the ceremony, she will sail on Sirena’s maiden voyage with her father, mother, husband and 12-year-old daughter, Shorey.

During the maiden voyage, Claudine will interact with guests at cooking demonstrations and book signing events throughout the cruise. Everyone booked on the maiden voyage will receive a copy of her cookbook, 'Let’s Cook French,' which was published earlier this year and pays homage to French-style family home cooking.

Earlier in her career, Pépin served as brand ambassador for Moët & Chandon and Dom Pérignon Champagne in New York while teaching food and wine pairing at the French Culinary Institute (now the International Culinary Center) and the Sommelier Society in New York. In 2002, she was named Woman of the Year by the Académie Culinaire de France – Filiale des Etats-Unis.