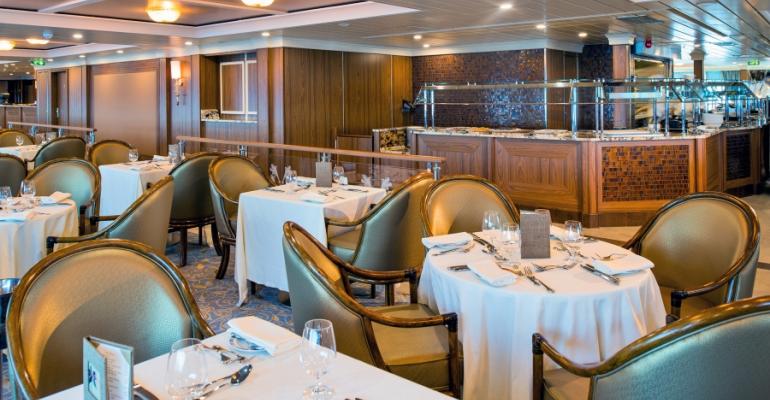 Oceania Cruises welcomed Regatta back to the fleet following an extensive drydock, making it the final ship of the line's three original vessels to complete a collective $50m refurbishment.

The ship set sail on a 10-night voyage, beginning another Alaska season for Oceania. Sister ships Nautica and Insignia emerged from drydock and re-entered service last month. Renovating three ships from bow to stern in a six-week time period marks the largest refurbishment program in the line's history.

The makeover brought many of the interior design elements from Marina and Riviera to the 684-passenger Insignia, Nautica and Regatta. In addition to elegant new furnishings and décor for all public rooms, suites and staterooms, Regatta added a Baristas coffee bar, a cook-to-order grill at Terrace Café and new outdoor recreation on the Sports Deck.

There are significant updates to the Owner’s and Vista suites with a new bathroom design including wall-to-wall marble with a decorative inlay centerpiece, along with an expansive granite vanity. The Penthouse Suites received new furnishings, upholstery and a palette that reflects the sea, sun and sky. All staterooms were appointed with new décor elements.

Terrace Cafe, the main casual dining option, is new from top to bottom with fresh furnishings, floorings, fixtures and lighting. The pièce de résistance is the cook-to-order grill for dishes like steak and lobster.

Baristas, for complimentary illy brand espressos and cappuccinos, makes its debut on Regatta on Deck 5, near the Grand Dining Room.

Atop the ship, the Sports Deck received new golf putting greens and shuffleboard courts, along with other deck games. The main pool area, ringed with sun beds, shimmers with blue and white mosaics, contrasted with teak decking.

All of Regatta's main lounges are refreshed and refurbished. Horizons bar features a new color palette of sea blues, cocoa brown and mint, plus new sofa, chair and table furnishings. Martinis maintains its classic ambiance with all-new furnishings. The Regatta Lounge was completely refurbished with new carpeting and chairs, along with new fabrics and upholstery.

Regatta will operate a variety of seven-, nine- and 10-day Alaska cruises.