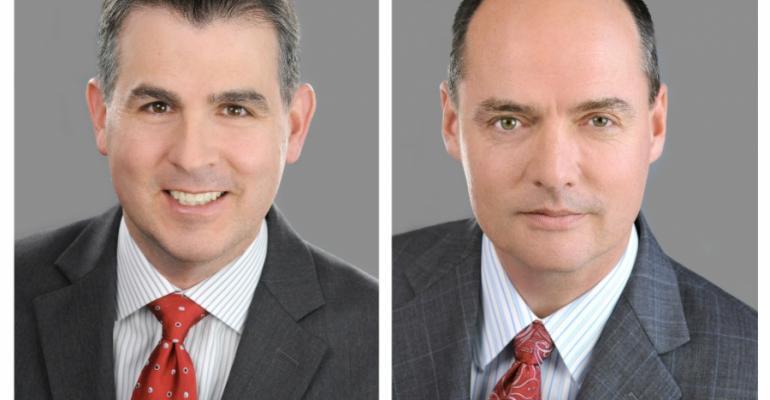 James Rodriguez, left, and Randall Soy - both promoted to evp sales and marketing

Two stalwarts at their respective brands, James Rodriguez at Oceania Cruises and Randall Soy at Regent Seven Seas Cruises, were promoted. Each is now evp sales and marketing.

'How lucky I am with the team around me at both brands,' said Jason Montague, president and chief operating officer of parent company Prestige Cruises. He called Rodriguez and Soy 'my right hand at both brands.'

Rodriguez had been svp sales and marketing. He was one of the first executives hired when Oceania Cruises was founded, according to Montague, who helped Frank Del Rio write the company's business plan in 2002. Over the years Rodriguez mainly led marketing but also sales.

He left—briefly—after Norwegian Cruise Line Holdings completed its acquisition of Prestige. When Del Rio took over at NCLH, he quickly reeled Rodriguez back.

Soy, who has logged 25 years at Regent, had been svp. He'd actually risen to evp sales and marketing in 2012 when Kunal Kamlani succeeded Mark Conroy as president, but in subsequent realignments his position changed.