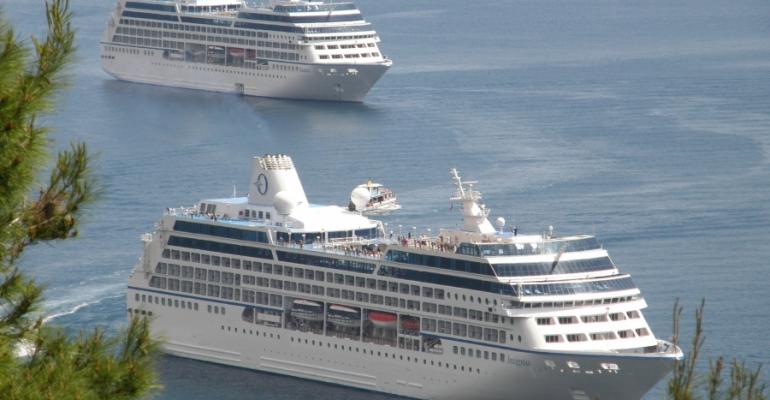 Oceania Cruises' just-announced 2015/16 winter season features a variety of longer, destination-rich itineraries to destinations in South America, Asia, South Africa, the South Pacific and the Caribbean. Of the 42 itineraries, 32 are two weeks or longer, and 27 are new routes. Maiden calls are planned at a dozen ports including Jeju, South Korea, and Luderitz, Namibia.

Regatta will bridge the Americas, spending time in North, South and Central America, while calling at some Caribbean ports along the way. Included are two new cruises that explore the Amazon River and four that traverse the Panama Canal. Sailings will visit Peru, Chile, Brazil, Costa Rica, Argentina and other locales before Regatta heads up to the Pacific Northwest for a summer Alaska season.

Insignia will depart from Miami on Jan. 4, 2016, for an 'Around the World in 180 Days' voyage—the latest in a series of port-intensive world cruises for the line.

Nautica will call Asia and South Africa home for a series of eight itineraries, six of them new for the region. The lineup includes overnight stays in popular destinations such as Singapore, Bangkok, Ho Chi Minh City, Ha Long Bay, Shanghai, Beijing, Tokyo, Cape Town, Walvis Bay in Namibia, and others. The schedule also offers a 35-day voyage from Hong Kong to Istanbul that traverses the Suez Canal.

Marina opens the season with back-to-back South America voyages that explore Brazil, Uruguay, Argentina and Chile. The ship will then sail for the South Pacific with seven itineraries to ports in French Polynesia, Fuji, the Samoa Islands, Australia and New Zealand.

Riviera will spend the winter months in the Caribbean, with voyages ranging from seven to 14 days. The ship will split time between the eastern and western Caribbean and will operate a special 12-day holiday cruise to St. Barts, Martinique, Barbados, St. Lucia, Antigua, Grenada and Puerto Rico.