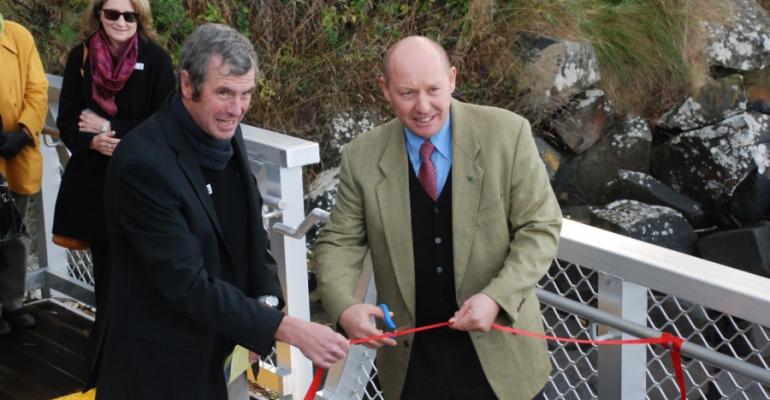 The World-Heritage-listed Port Arthur Historic Site, a 90-minute drive southeast of Hobart on the Tasman Peninsula, is the best-preserved convict settlement in Australia.

Between 1830 and 1877 around 12,500 convicts were sent to Port Arthur. While most visitors today come by road, back then all people and goods were transported by sea.

In recent years it has become an increasingly popular destination for cruise ships, due to its proximity to Hobart and its deep water anchorage.

Until now, however, there was only one berth at the jetty which was shared with a tourist ferry, causing a bottleneck.

A grant from the Commonwealth Government through the Tourism Regional Infrastructure Fund which was matched by the Port Arthur Historic Site Management Authority has provided the new extension to the jetty which allows for the simultaneous docking of two cruise ship tenders, independent of the ferry.

When the jetty was given its first operational test by P&O Cruises Australia’s Pacific Pearl on April 27, the Port Arthur Historic Site director of tourism operations, Anne McVilly, said it worked ‘brilliantly.’

McVilly, who is Port Arthur’s Cruise Down Under representative, said it is a perfect destination for cruise ships en route to or from Hobart and added that new bookings are coming from cruise lines that have not visited before.